Register for Financial Planning Today website for FREE to view more stories and get our daily newsletters. Click on 2 stories to see Registration pop up.
Thursday, 17 March 2022 10:02 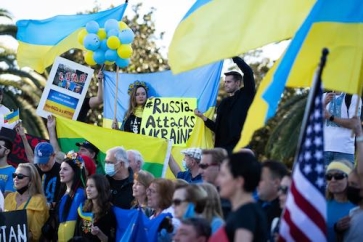 The Russian invasion of Ukraine has cause major disruption

The FCA is to consult on allowing fund managers to ring-fence or 'side pocket' sanctioned Russian investments so the funds could continue to trade.

If confirmed, the FCA would allow funds to create ‘side pockets’ for any Russian and Belarussian investments before they are sold or written off.

The move could mean that sanctioned investments within funds could be held separately to avoid tainting the rest of the fund, keeping disruption to a minimum.

The regulator has begun talks with stakeholders about options to allow UK authorised retail funds to make “exceptional” use of 'side pockets' given the, “significant practical challenges in disposing of Russian and Belarussian assets.”

The watchdog accepts that disposing quickly of sanctioned assets in the context of global investment suspensions and extensive global sanctions against Russia and Belarus is challenging.

The FCA said: “Side pockets would potentially give authorised fund managers the option to separate Russian and Belarussian assets, that are difficult to sell and/or hard to value, from the fund’s other core investments.”

The move could enable some funds to end their current dealing suspensions.

The FCA has not confirmed the move will go ahead but said it would consult on proposals to ensure that if side pockets that are introduced there would be a clear date when they would take effect. New regulations would also have clear rules to treat existing, redeeming and subscribing investors fairly. The new rules would also discourage speculative new investment at the expense of existing investors.

The use of side pockets by the authorised fund manager would be optional for fund managers. The side pocket proposals would be limited in scope to assets that are illiquid as a result of the Russia/Ukraine war. The precise scope would be determined as part of the consultation. It’s likely that many Russian assets in funds may be marked down to a zero value.

The FCA says it welcomes early engagement with any market participants, consumer groups or investor representatives that have views or ideas on the subject. The FCA can be contacted at: This email address is being protected from spambots. You need JavaScript enabled to view it.