Register for Financial Planning Today website for FREE to view more stories and get our daily newsletters. Click on 2 stories to see Registration pop up.
Thursday, 17 March 2022 10:20 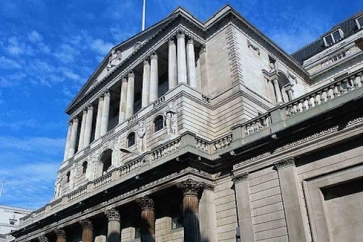 The base rate rise is the third in a row for the Bank, which had previously held rates steady for three years.

The bank says the increase is to help battle rising inflation with further rises in the near future not ruled out.

Financial Planners expressed concern this week to Financial Planning Today that a base rate rise would be bad news for clients, many of whom will be hit by mortgage cost rises at the same time as many household bills are soaring.

The rise in CPI inflation to 5.4% has put more pressure on the bank to keep inflation under control with concerns that the CPI rate could go as high as 9% this year.

Inflation is well above the Bank's 2% target for CPI.

The Banks' Monetary Policy Committee (MPC) voted to increase the base rate to 0.75% with immediate effect.

Last month the Bank indicated that rates could rise to 1% by the Spring.

Les Cameron, financial expert at M&G Wealth, said: “What remains to be seen is whether this rise will translate to higher rates available to savers or to increased borrowing costs.

“With the current high levels of inflation we’re experiencing, a modest increase to savings rates would still mean that most cash or near-cash savers, for example National Savings & Investments, would see their wealth being eroded in real terms.

"Of course many of those with cash savings are pensioners who spend a higher proportion of their savings on energy costs, which we know are increasing at a much higher rate even than the headline inflation rates. The increasing cost of living, as evidenced by the 54% increase in average energy bills announced recently, will mean those repaying debt that is not on a fixed rate will no doubt feel the pinch even more if rates rise."

Sarah Pennells, consumer finance specialist at Royal London, said: “The third rise in interest rates in as many months is likely to worry people as they face sharp rises in household bills and the general cost of living. Wage growth at 3.8% is failing to keep up with inflation, currently sitting at 5.5%, but predicted to rise further, leading to ever-increasing demands on people’s take-home pay. It’s a situation that’s contributing to growing anxiety with UK adults about the cost of living and how they’ll be able to cover price increases this year."

• This is a developing story - please check back later for industry reaction and further details.