Register for Financial Planning Today website for FREE to view more stories and get our daily newsletters. Click on 2 stories to see Registration pop up.
Tuesday, 22 March 2022 11:17 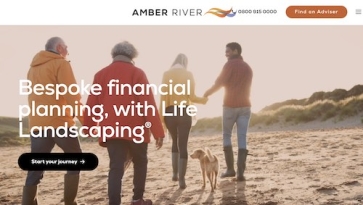 HDA brings a team of four advisers and £380m in assets under influence to Amber River.

Benchmark formerly had a 24% stake in HDA which it purchased in 2018 but the stake was repurchased by HDA’s directors last year. Benchmark is the owner of several Financial Planning firms.

Robin Etherington, CEO of HDA, told Financial Planning Today: "We're all very excited to be part of the Amber River family and we're looking forward to working together with the central team, alongside the regional Hub CEOs.”

Ms McIntyre said: "It's fantastic that Robin and the team have chosen to join us. Their business is very well-established and has earned a premium reputation in the Cheltenham and Cotswolds area. From our very first meeting with Robin, we knew we were ideally suited, and we can both see huge potential for HDA to continue to expand their proposition and services with our support, for the benefit of their clients and staff."

The Amber River Group now has eight independent financial advice business across 20 locations nationwide. It has 199 advisers looking after over 18,000 clients. Assets under influence are £6.7bn.

The Amber River Group and its advice businesses have made several acquisitions in recent years.