Register for Financial Planning Today website for FREE to view more stories and get our daily newsletters. Click on 2 stories to see Registration pop up.
Wednesday, 23 March 2022 08:32 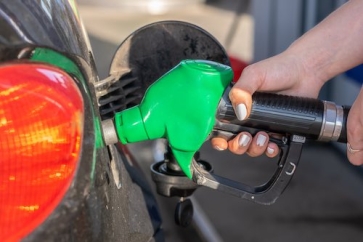 ONS said it was the largest monthly CPI increase between January and February since 2009.

The upward contributions to the change in the CPIH 12-month inflation rate between January and February 2022 were diverse, with the largest coming from a variety of recreational and cultural goods and services (principally games, toys and hobbies), and clothing and footwear, ONS said.

There were no large offsetting downward contributions to change.

Inflation has continued to rise inexorably over the last six months with some forecasters predicting a rate as high as 9% this year.

She said: "The annual headline inflation continues to reach new 30 year highs, driven by a number of items. Food and non-alcoholic beverages rose by 5.1% over the year and the surge in clothing and footwear continued this month, increasing 8.9% from a year ago. Services also saw another leg up with recreation and culture increasing 4.7% year over year and restaurants and hotels increasing 5%.

"A continuing trend this month was the elevated annual figure for transportation which increased 11.5%, owing to the supply chain constraints disrupting new and used vehicle prices. Price rises in electricity, gas and other fuels are still on an upward trajectory rising 23.1% from a year ago.

"Elevated energy prices are at the forefront of everyone’s minds. The surge in prices has shown little sign of abating and the war in Ukraine is likely to mean energy prices will remain high and volatile.

"Although war in Ukraine has increased risks to both inflation and growth, we should not lose sight of fundamentals which remain strong. Earnings growth in equity markets has resumed an upward trajectory and low levels of unemployment prevail in developed economies around the world."

Dan Boardman-Weston, CIO at BRI Wealth Management, said that the latest CPI data shows that further rises in the base rate from the Bank of England seem inevitable.

He said: “The data continues to point towards another few months of rises in the rate of inflation, but we expect this to ease as we head into the summer.

“Given the strength of the labour market and the overall economy, it seems inevitable that the Bank of England will continue down the path of further rate rises. Raising rates at a time of high household bills and rising taxes could stifle the economic recovery by putting the consumer under too much pressure though. The Bank will need to carefully balance the need to try and tame inflation whilst not tipping the economy into a recession.”

She said: “Inflation has hit a 30-year high, and worse is yet to come. The perfect storm of massive fuel and energy price rises, accompanied by food price hikes, supply chain problems and booming demand from those with lockdown savings to spend, pushed prices into the stratosphere. And this was even before the conflict in Ukraine began.

“By the time we get to April, and the massive energy price hike, millions of people will be feeling the pain of rising prices.”

The research found respondents were more focused on their short-term financial needs. Beyond rising inflation, worries included ‘my investments losing money’ (18%) and ‘not saving any money’ (17%).

Les Cameron, savings expert at M&G Wealth, said: “While consumers have no control over rising inflation, currently at a 30-year high and predicted, by the Bank of England, to reach over 7% by the spring, there are steps they can take to take control of their finances.

“When it comes to savings consumers are understandably worried. Current savings rates are lower than inflation, meaning those with significant cash savings really need to consider whether to accept that inflation is eroding the value of their money, or take some investment risk to try to maintain or grow the real value of their money. Investing is not, however, a decision to be taken lightly and is an area where most people could benefit from receiving some form of financial advice or guidance before going ahead.”

More in this category: « AJ Bell calls on FCA to clarify advice/guidance boundary M&G acquires TCF Investment to launch MPS »
back to top