Register for Financial Planning Today website for FREE to view more stories and get our daily newsletters. Click on 2 stories to see Registration pop up.
Wednesday, 23 March 2022 13:15 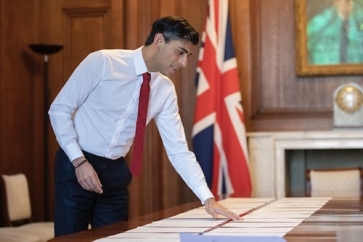 Chancellor Rishi Sunak has promised to cut the basic rate of income tax to 19p in the pound from the current rate of 20p.

He promised to make the cut by the end of this Parliament in 2024.

The cut is the first to basic rate income tax in 16 years, he said today in the Commons as he presented his Spring Statement.

The Government will also raise the National Insurance threshold to £12,750 a year from July to bring it in line with the income tax threshold.

Chancellor Rishi Sunak claimed that it was the largest increase in the basic rate threshold ever, and the largest single personal tax cut in a decade.

The Employment Allowance will also increase to £5,000 in two weeks’ time to help support small businesses.

He said the Government will cut tax rates on business investment, with the details to be set out at the Autumn Budget.

He also announced plans to reform tax credits on business investment and a rethink of the apprenticeship levy.