Register for Financial Planning Today website for FREE to view more stories and get our daily newsletters. Click on 2 stories to see Registration pop up.
Wednesday, 23 March 2022 13:18 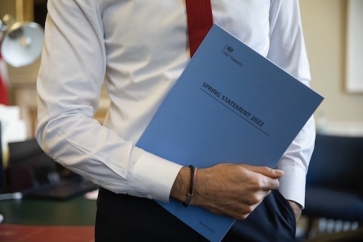 The Spring Statement was given to the House of Commons today

Chancellor Rishi Sunak has also announced a cut to fuel duty, increases to the household support fund, and nil-rate Vat for energy-saving materials to address the cost of living crisis in the UK.

At 12:30 today Chancellor Rishi Sunak gave his Spring Statement speech to the House of Commons.

Over the past few days he has come under considerable pressure to tackle the growing cost of living crisis, with people across the country facing rising energy, food and fuel costs.

Fuel duty will be cut by 5p per litre for the next 12 months, the biggest ever cut to the tax.

Several industry spokespeople called on Mr Sunak to delay the planned 1.25% increase to National Insurance payments and increase in dividend taxes being raised as part of the Social Care levy to fund caps to later life care.

However, Mr Sunak did not delay the increases or address the particular challenges faced by pensioners within his Spring Statement.

Some pensions experts have been calling on Mr Sunak to increase State Pension payments for the year following the Government’s suspension of the Pensions Triple-Lock.