Register for Financial Planning Today website for FREE to view more stories and get our daily newsletters. Click on 2 stories to see Registration pop up.
Wednesday, 23 March 2022 14:16 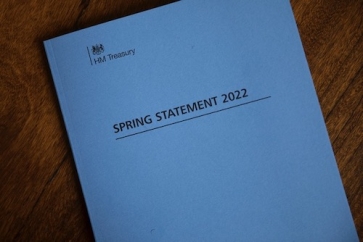 The £3,000 increase to the National Insurance threshold has been welcomed by many professionals but there is also disappointment that a planned 1.25 % rise in NI has not been scrapped.

Several experts were also concerned about the long term impact of the NI change on state pension finances.

Overall the Spring Statement received cautious support from many professionals but with several caveats about the long term impact and the lack of support for pensioners.

Shaun Moore, tax and financial planning expert at Quilter, said: “The Chancellor’s announcement is a national insurance U-turn in all but name. The increase in the primary threshold will mean that roughly 70% of national insurance payers will pay less NICs in 2022/23 than they did in 2021/22, according to the government’s own calculations.

Matthew Connell, director of policy and public affairs of the Personal Finance Society, said: “The Chancellor has taken steps to offset the impact of National Insurance Contributions from next month for lower earners, by increasing the National Insurance threshold to £12,750 and an income tax cut of 1p in 2024.

“The Chancellor has addressed a key weakness of the care funding reforms, but in doing so, he has made the tax and benefit system more complicated. This underlines the fact that lower earners need help and advice on their finances and benefits more than ever before.”

Steven Cameron, pensions director at Aegon, said: “The Chancellor’s decision to increase the lower threshold of earnings on which employees pay National Insurance by £3,000 to £12,570 will be welcomed by many as helping mitigate the cost of living squeeze.

“There  had been calls for the Government to defer the increase of 1.25% in NI, but Rishi clearly was not prepared to do so and instead has opted to make a major increase in the NI threshold. This will reduce the impact of the 1.25% increase for all, and will take anyone earning under £12,570 out of paying any NI contributions.

“However, increasing the threshold has longer term ramifications. Setting aside the 1.25% increase, which will be ringfenced to pay for social care and NHS support, raising the threshold will reduce the amount being collected in NI from today’s workers to pay for today’s state pensions. This will happen not just in the coming year but also in all future years, storing up longer term challenges for the funding of state pensions which are paid for out of NI on a pay as you go basis.”

Jon Greer, head of retirement policy at Quilter, said: “Sunak was never going to please everyone, however what he has unveiled today is unlikely to keep pensioners in the black in the immediate term. Most probably won't have already been planning to install solar panels and heat pumps and many older people either don’t drive or only take short journeys, meaning the cut on fuel duty is unlikely to offer a helping hand.

“Over 55s may now look to take advantage of Pension Freedoms to make ends meet in the absence of any help coming from the Chancellor. The OBR has significantly increased its estimates of how much people will draw from their pension. It now expects receipts to be up £1.7bn as people clamour to use their pension savings just to make ends meet during this cost-of-living crisis.”

Sarah Coles, senior personal finance analyst at Hargreaves Lansdown, said: “Raising the National Insurance threshold to £12,570 pulls lower and average earners back from the brink. It will mean 70% of people pay less NI, despite the hike in the rate in April, and will come as a real relief to those who are struggling with rising prices. The promise of an income tax cut in 2024 also offers some light at the end of the tunnel – but there’s an awful lot of tunnel to get through first.”

Dave Downie, technical manager, abrdn, said:  “The reduction in the basic rate of income tax will be a welcome development for many clients. Time will tell if it makes the current economic environment, which is affecting us all, any less difficult.

“Rising inflation and low interest rates is a combination few will have experienced before and will be a big challenge, especially for those with fixed incomes. Advisers will be working hard to ensure their client’s income and savings needs can continue to be met as tax efficiently as possible. With most allowances and tax bands frozen until 2025/26, there is greater emphasis on ensuring clients are making the most of tax reliefs and allowances that are available to them.”