Register for Financial Planning Today website for FREE to view more stories and get our daily newsletters. Click on 2 stories to see Registration pop up.
Monday, 28 March 2022 09:27

Govt cuts stake in NatWest to below 50% 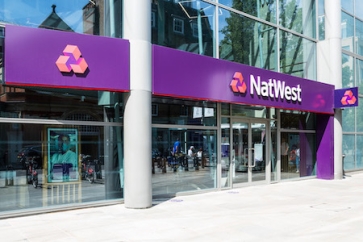 A branch of NatWest bank

The UK Government has sold £1.2bn of its shares in NatWest Group, reducing its stake to below 50% for the first time since its 2008 rescue deal for the group.

The Government sold 550m shares in NatWest Group at 220.5p per share. The shares were bought back by NatWest and the process was managed by UK Government Investments.

The sale cuts the Government’s stake in the firm to 48.1%.

It is the fifth time the Government has sold some of its shares in the NatWest Group since 2015.

John Glen, the Economic Secretary to the Treasury, said: “This sale means that the government is no longer the majority owner of NatWest Group and is therefore an important landmark in our plan to return the bank to the private sector. We will continue to prioritise delivering value for money for the taxpayer as we take forward this plan.”

The UK Government began to take a stake in the group during the 2008 financial crisis when the group was on the edge of collapse. An original stake of 57% rose to 84% in 2009 when the Government injected £37bn of capital into the banking sector to prevent a collapse in the UK financial system.

During 2008 the Government also purchased stakes in several other banking institutions, including shares in Lloyds Bank the last of which is sold in 2017.

The Government’s investment in the banking sector was always planned to be temporary, with the Prime Minister at the time Gordon Brown saying the Government’s stakes in the sector would be sold back.

More in this category: « Son takes over from father as wealth firm CEO Equity release clients win right to make penalty-free repayments »
back to top