Register for Financial Planning Today website for FREE to view more stories and get our daily newsletters. Click on 2 stories to see Registration pop up.
Monday, 28 March 2022 10:10 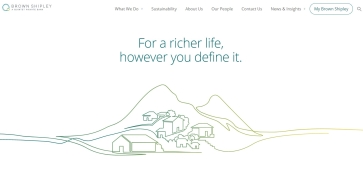 The research was commissioned by wealth manager and Chartered Financial Planner Brown Shipley.

Entrepreneurs are more likely to choose to invest in property rather than a pension, according to new research.

Over 4 in 10 (44%) of wealth Britons highlighted their pension as a main driver of their wealth, this fell to 28% for entrepreneurs.

A third of entrepreneurs (30%) listed property investment as the main reason for their wealth in comparison to 21% of wealthy Britons overall, according to new research from wealth manager and Chartered Financial Planner Brown Shipley.

Entrepreneurs were also less likely to cite salary as the main reason for their wealth. Half (51%) of entrepreneurs said salary was their main source of wealth in comparison to 64% of wealth Britons overall.

A quarter (27%) of entrepreneurs said entrepreneurialism and proceeds from a business were the key reason for their wealth.

Entrepreneurs were also more likely to take risks with their money. More than one in six entrepreneurs (15%) said that a lottery win or gambling has had a material positive impact their levels of wealth, almost double the amount for wealthy individuals in the UK overall (8%), suggesting they may take a different approach to risks with their finances.

Gordon Scott, head of client solutions at Brown Shipley, said: “Working for yourself can mean that some of the more traditional ways of saving for the future and amassing wealth – such as a pension – can be forgotten.

“Entrepreneurs, by their nature, will have a lot of their potential wealth tied up in their business endeavours. Business planning can often overtake personal wealth planning, but it is important to ensure the two align.”

Just over half of entrepreneurs (51%) said they plan to use their wealth to provide an income in retirement, versus 61% for wealthy individuals on the whole.

Opinium surveyed 4,0002 UK adults between 30 November and 3 December 2021. 813 of those surveyed had estimated financial assets in excess of £100,000 and were therefore deemed as wealth, 105 of these wealth individuals were entrepreneurs.