Register for Financial Planning Today website for FREE to view more stories and get our daily newsletters. Click on 2 stories to see Registration pop up.
Wednesday, 06 April 2022 12:41

TPR cuts back on usage of compliance notices 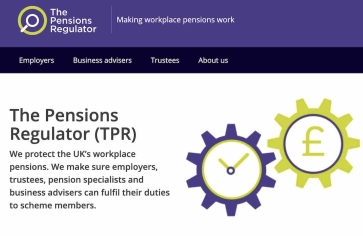 The Pensions Regulator issued 20,555 compliance notices between July and December 2021, well down on the 35,087 issues for the previous six months.

However, the regulator issued 13,376 unpaid contribution notices (compared to 11,921 in the previous period). These were mainly related to auto-enrolment issues.

In terms of TPR’s frontline regulation powers, the total number of statutory powers used was 244 compared to 286 in the previous six-month period.

The figures are published in the TPR's latest compliance and enforcement bulletin which shows how many times it used its powers between July and December 2021. The bulletin compares the use of the powers – including those in relation to automatic enrolment – since the previous bulletin covering the six-month period from January to June last year.

TPR said the overall reduction in notices issued was mainly due to a reduction in the number of employers due to complete their re-enrolment responsibilities.

The TPR said it stepped up its efforts to ensure employers were following auto-enrolment and employer contribution rules.

In the six months to the end of December, TPR used its powers to issue a £2m contribution notice to an overseas parent company and secured a £130,000 settlement with a senior company executive to help protect a 600-member defined benefit scheme.

TPR also used its anti-avoidance powers against SMT Scharf AG, a German mining equipment business with global interests and subsidiaries, in support of the scheme for the employees of the Dosco Group, a UK-based engineering business. A financial settlement was secured with a former chief executive of the Dosco Group, Martin Cain.

SMT Scharf AG sold the Dosco Group to a management buyout company which had no realistic prospect of being able to support the business. The pension scheme’s sponsoring employers went bust eight months after the sale.

Nicola Parish, executive director of frontline regulation at TPR, said: “This case sends a clear warning to corporate entities and individuals that TPR will take action where appropriate to protect schemes regardless of their size. It also shows that the fact a target is based overseas is no obstacle to the use of our anti avoidance powers.

“Scharf showed a complete disregard for the scheme which was left with no funding or prospect of financial support. We put savers at the heart of all we do and we take an extremely dim view when their interests are deliberately neglected in this way.”

More in this category: « Morningstar reveals 2022 ‘Investing Excellence’ winners FCA to publish metrics as it raises adviser fees 5.2% »
back to top