Register for Financial Planning Today website for FREE to view more stories and get our daily newsletters. Click on 2 stories to see Registration pop up.
Thursday, 14 April 2022 12:08 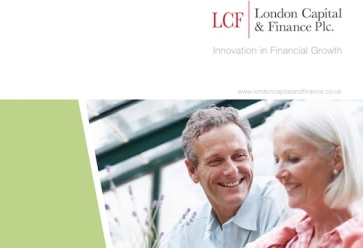 The Financial Services Compensation Scheme reported today that it has now paid compensation to London Capital & Finance bondholder victims of over £114m.

The FSCS says the sum is for investors' losses on 12,330 London Capital & Finance bonds.

Mini-bond provider London Capital & Finance collapsed in 2019, ripping off some 11,625 investors who faced lost savings worth a total of £237m.

Many of the victims were on modest incomes and lost retirement nest-eggs and other savings.

Initially the FSCS said that many LCF claims were likely to be outside its remit as not all investments were FCA regulated, many were loans to third parties.

However after pressure on the Government from MPs and critics, the government stepped in to provide a wider compensation package administered by the FSCS and designed to compensate nearly all bondholders who had been missed out on the initial round of compensation. The scheme is now nearing an end.

The FSCS says it is now a few days away from its 20 April deadline and has 88 bonds still to pay.

It plans to issue cheques for 37 of these in the next few days. The remaining 51 are cases where it has requested documents that have not yet been provided. These cheques will be issued as soon as requested information is provided, the FSCS says.

Last year the compensation body promised that all eligible bondholders would received offers of compensation by 20 April this year.

The FSCS says it also has 68 cheques that have already been sent but need re-issuing, for example where a bondholder has changed their name or address.

The FSCS says that a “small number” of cheques have been issued but have not yet been cashed. It is try to get in touch with these bondholders.

The organisation says that those people who are expecting compensation but have not received a cheque by the end of April should get in touch by calling the FSCS on 0800 091 0030.

More in this category: « 26% of workers worried about retirement income 2m extra Britons to pay higher rate tax »
back to top