Register for Financial Planning Today website for FREE to view more stories and get our daily newsletters. Click on 2 stories to see Registration pop up.
Thursday, 21 April 2022 11:38 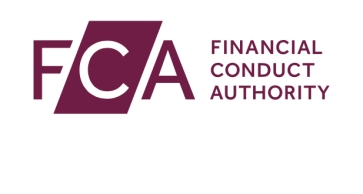 The FCA has stepped in to bar South Wales adviser firm David Stock & Co Limited (DS&C) - which advised BSPS clients on pension transfers - from disposing of assets without permission.

The firm, based in Bridge Street, Newport, Gwent, is now unable to dispose of any assets without FCA permission.

DS&C has been regulated for over 20 years, initially with the Personal Investment Authority (a forerunner of the FCA) from 2000.

The FCA has taken action against a number of firms which advised British Steel Pension Scheme members on pension transfers.

In March, the FCA launched a consultation on a £71.2m redress scheme for former members of BSPS.

The FCA wrote to firms who had advised on BSPS making it clear that firms should not dispose of any assets and maintain adequate financial resources.

The regulator said this was to ensure that firms can meet the costs of carrying out a review and compensating customers for any unsuitable advice they may have given if the scheme is implemented.

In its report on the BSPS scandal, the regulator estimated that nearly half of the BSPS members (46%) received “unsuitable” advice from 343 advice firms involved in advising BSPS members. Some 1,400 BSPS scheme members are set to be compensated although some have already received some compensation payments.

The watchdog said it may take until the end of 2023 before all compensation offers are made.

The FCA said it will impose requirements on firms when they are unable to demonstrate they have adequate financial resources, have failed to act in line with the FCA's instructions to protect assets or are attempting to take any action to avoid potential compensation payments.

DS&C was not able to demonstrate that it had adequate resources, which is a minimum requirement for firms regulated by the FCA.

In addition, the FCA has deemed that imposing the requirement is in the interests of its statutory objective to protect consumers. DS&C has the right to refer the decision for review by the Upper Tribunal (Tax and Chancery Chamber).

The FCA says it will continue to monitor firms who have advised on BSPS transfers and “take action where necessary.”

More in this category: « Third are saving less to meet rising living costs Moneyhub pilot to ‘automate Financial Planning’ »
back to top