Register for Financial Planning Today website for FREE to view more stories and get our daily newsletters. Click on 2 stories to see Registration pop up.
Friday, 22 April 2022 15:56 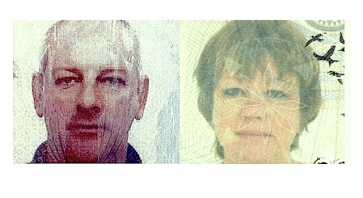 Two pension trustees have been jailed for their part in a £13m ‘pension liberation’ scam which saw hundreds of savers lose their pension pots following a fraudulent pension transfer.

Some 245 pension savers were persuaded between 2012 and 2014 to transfer a total of £13.6m in pension savings into 10 pension schemes controlled by the pair.

The funds were then fraudulently moved elsewhere resulting in nearly all the pension savings being lost.

Many victims were lured by the promise of a ‘free pension review’ - a method often used by scammers to find victims.

Victims were told their money would be invested in low risk investments. Instead it was invested in esoteric projects, including so-called ‘truffle trees’ and overseas property, or spent on funding luxury lifestyles for some of the scammers.

The case was brought by the The Pensions Regulator (TPR).

Originally a third defendant was charged with fraud by abuse of position. At an earlier hearing the TPR offered no evidence against Julian Hanson, of Lea Road, Batley. Mr Hanson pleaded not guilty on a previous occasion.

The TPR said Mr Barratt and Ms Dalton were part of a “criminal enterprise” which tricked more than 200 savers into transferring their pension pots into fraudulent schemes.

The victims of the pair transferred legitimate occupational pension schemes, worth about £55,000 on average, into scam pension schemes under the control of the defendants. Many of the victims have been forced to return to work after being cheated out of their pensions.

Most of of the pension savings were transferred to mastermind David Austin who used it for his own personal benefit, to fund his businesses, pay others involved in the “pension liberation” operation and enrich himself and family members, the TPR said.

Mr Austin, of Guildford, Surrey was part of TPR’s criminal investigation into the allegations but killed himself in 2019, before it was completed.  A previous hearing heard that Mr Austin used some of the money to fund a luxury lifestyle, including ski holidays and trips to Dubai.

A civil trial brought by TPR against Mssrs Austin and Barratt, Ms Dalton and others, took place at the High Court in 2018 after which Mr Austin and Mr Barratt were ordered to repay about £7.7 million and Mr Austin and Ms Dalton about £5.9 million. Following the end of the trial TPR began a criminal investigation.

Delivering his judgement, Judge Perrins said both Ms Dalton and Mr Barratt had acted as principal points of contact for victims, earned substantial commission payments and were both aware that fraud was taking place.

He said: “What is most striking is the impact on others, which has been utterly devastating. I have read 13 victims’ personal statements, they each tell a similar story, which I’m sure is representative of all. People who had worked hard, saved for their future and have been robbed of their financial security. I heard about depression, anxiety, divorce and suicide attempts. Each account is a story of a life ruined and you should be ashamed of bringing such misery to so many innocent people.”

Judge Perrins added: “These are undoubtedly extremely serious offences in which each of you carried out the role of trustee dishonestly and, put simply, had you not done so, many people would not have had their lives ruined.”

Nicola Parish, executive director of frontline regulation at TPR, said: “This is a despicable case which highlights the devastating impact pension scammers have on their victims. Barratt and Dalton were part of a criminal enterprise that tricked hundreds of savers into transferring their hard-earned pension pots into scam schemes under their control. In their role as trustees, the pair enabled millions of pounds to be taken from the schemes and channelled offshore, where it was used to enrich others involved in the criminal enterprise and to profit themselves.

“This prosecution and substantial custodial sentence sends a clear message that TPR and the courts will take tough action against fraudsters. Our successful extradition of Barratt from Spain also shows there’s no haven for scammers."

The court heard the defendants were based in a call centre in Spain and were handed names of potential victims found by introducers via cold calls and internet enquiries offering free pension reviews. The defendants, and other sales agents, told victims their existing pension arrangement was not giving a healthy return and transferring to a new scheme could increase their retirement savings.

The introducers promised safe investments and a tax-free cash bonus when the transfer was completed. The TPR said all of the claims were false – the savers’ money was immediately put at risk, and ultimately taken by Mr Austin. The so-called investments were totally inappropriate and have yielded minimal if any return.

• This is a breaking story. Please check back for updates.