Register for Financial Planning Today website for FREE to view more stories and get our daily newsletters. Click on 2 stories to see Registration pop up.
Friday, 29 April 2022 10:04 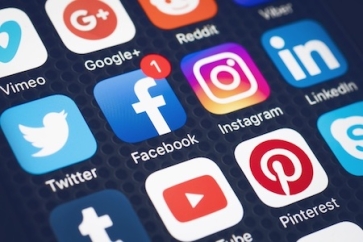 Several million young people in the UK are believed to be following so-called social media financial influencers or ‘finfluencers,’ according to new research.

Some offer general financial guidance and tips and some push investments such as cryptoassets, get rich schemes or debt repayment plans.

While there are many risks to following finfluencers the research found some benefits too.

The research suggests that as many as nine in 10 (90%) of young followers of finfluencers have been encouraged to change their financial behaviour. The survey, carried out by 3Gem Research & Insights in mid February, questioned 250 18-29-year-olds living in the UK.

The survey found that 40% of young people who follow finfluencers have subsequently reduced their spending, 38% have invested in a variety of assets, 32% have used ‘buy now, pay later’ schemes, 29% have started budgeting, and 25% have paid off debts.

The report says that the rise of the online finfluencers has coincided with young people’s growing interest in financial markets during the pandemic.

A relatively small proportion (11%) invest in cryptoassets compared with shares (24%) or funds (24%). But the majority (52%) feel positively about crypto, considering it a “good investment opportunity”, a strong long-term store of value, or a positive force in the democratisation of finance.

However, putting money into bitcoin, ether and other cryptoassets is less of a priority for young people than investing ethically, says the report. When asked whether they would be more likely to invest in a cryptoasset or an ESG fund, nearly two-thirds (63%) chose the latter over the former (37%).

Cem Balci, consultant at MRM, said: “It is excellent to see so many young people engaging with their finances and taking positive, proactive steps to secure their financial future.

“The past two years have fuelled unprecedented interest in financial markets from a new breed of investors and have potentially revolutionised an entire generation’s relationship with money. Where once there was apathy, there is now intense and increasing engagement.

“The pressure on incomes and the rising cost of living also mean that younger generations are looking for fast, accessible and digestible guidance on how to most effectively manage their money.

“Certainly, there is still a place for trusted experts and traditional financial advisers, but it is also clear that viral media may now be the best way of reaching and interacting with younger adults.”