Register for Financial Planning Today website for FREE to view more stories and get our daily newsletters. Click on 2 stories to see Registration pop up.
Wednesday, 04 May 2022 08:51 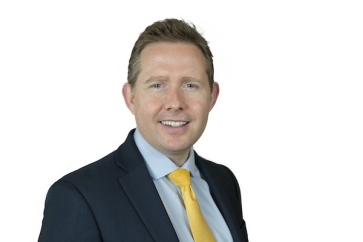 One in five (19%) of divorcees will be significantly financially worse off in retirement because of a divorce, according to a new report.

One in seven (15%) of over 1,000 divorcees surveyed by Aviva in April did not realise their pension could be impacted by getting divorced.

Over a third (34%) made no claim on their former partner’s pension when they divorced.

Latest figures from the Office for National Statistics show that in 2020, there were 103,592 divorces granted in England and Wales, but with a new law that came into force on the 6th April 2022 making it much easier for couples to get divorced through a ‘no fault’ plea, this figure is likely to increase in the coming years.

However, one in twelve (8%) of the divorcees surveyed by Aviva could be significantly financially worse off in retirement as a result of their divorce as they did not have their own pension and were relying on their partner to finance their retirement.

The average age for divorce has hit an all-time high of 47 years and 5 months for men and 44 years and 9 months for women so the levels of wealth accumulated in couples’ pension pots may be high.

To supplement their income following a divorce, a third of divorcees (32%) said they dipped into their savings; one in five (20%) used credit cards for everyday living expenses; a similar number (18%) borrowed from friends or family; and just over one in seven (15%) regularly sold clothing/toys/other household items just to make ends meet.

One in eight (12%) respondents admitted to having to go out to work, having not worked before their divorce, or get a second job (10%). Worryingly, one in eight (12%) also cut back, or cancelled, their pension contributions - putting their future retirement income further at risk.

Alistair McQueen, head of savings & retirement at Aviva said: “It’s common that one party will have significant pension provision, and the other party may have little or none. Clearly, this could be a relevant factor in any divorce. There are several options available to the Family court when dealing with pensions at divorce – pension sharing, earmarking and offsetting against other assets.

“It can often be a very complex issue so, as well as hiring a family lawyer, it would be advisable for couples to contact a financial adviser to walk them through the pension valuation and financial process. You mustn’t underestimate the value of pensions at this time.”

Censuswide surveyed 1,008 divorcees in the UK on behalf of Aviva between 7 and 13 April.

More in this category: « FCA makes 3 senior hires with more on way Kingswood hires tech lead from SPW »
back to top