Register for Financial Planning Today website for FREE to view more stories and get our daily newsletters. Click on 2 stories to see Registration pop up.
Thursday, 05 May 2022 12:38 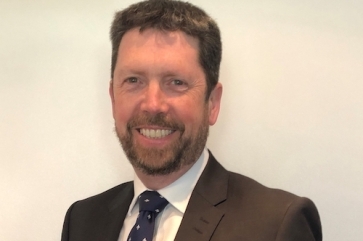 Maven is rebranding follow a legal challenge over the name.

Mr Tregidon was previously interim CEO and head of Financial Planning at the firm.

He is a Certified Financial Planner and Chartered Wealth Manager and has been a regular contributor to the Chartered Institute for Securities & Investment for almost 30 years. He is a former senior assessor/examiner for the CFP licence and is a former chairman of the Institute of Financial Planning (now part of the CISI) in South Wales.

He joined Maven in April 2021 and became interim CEO in November 2021.

He replaced Wes Nixon who left Maven after just nine months in the role. Mr Nixon had previously been part of the IWP group as chief executive of IWP’s Cornish hub Kelsall Steele Investment Services since June 2020.

Mr Tregidon joined Maven from a national wealth management business. Prior to this, he ran the Financial Planning arm of one of South Wales’ largest regional accountancy firms, based in Swansea.

Maven’s rebrand to Nugenis Financial Planning is a result of a challenge to the use of the Maven name from another firm working in the broader financial services sector.

Mr Tregidon said: “I am delighted to be appointed permanent CEO to take the firm forward as Nugenis Financial Planning.

"Pursuing costly legal action to retain the Maven name would not have been in the best interests of our clients, so we instead decided to take the opportunity to create a new brand that is more representative of our strengths and who we are today.”

More in this category: « Investors lose £25m to 'screen sharing' scammers Fund outflows rise as uncertainty builds »
back to top