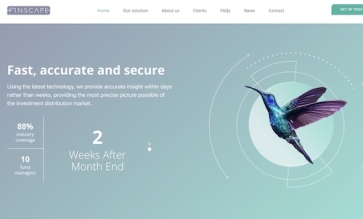 There are signs that investors are shifting money to safer havens in the face of economic and political turmoil, according to a fund research company.

The first quarter was a turbulent time for investment providers covered by Finscape.

Finscape believes this may indicate substantial switching of existing funds.

The firm, a joint venture between fund data providers Fundscape and fintech Altus, said it was a “rollercoaster ride for markets and sentiment” during Q1 but despite the rocky start to the year, retail wealth management assets recovered some of the ground lost earlier in the first three months of the year.

Finscape said: “Interestingly, gross sales jumped by 21% during the quarter to £60.6bn, while net sales dropped 20% to £8.2bn. That means the market was home to a considerable amount of switching, transferring and moving to safe havens and less new money was invested overall.”

The top 10 distributors of the quarter by gross sales were: