Register for Financial Planning Today website for FREE to view more stories and get our daily newsletters. Click on 2 stories to see Registration pop up.
Thursday, 12 May 2022 07:00 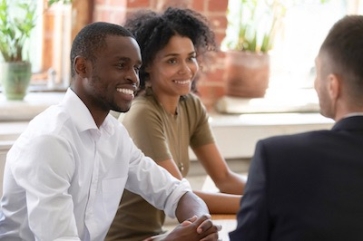 Assets across all advised platforms fell by 2.42% in the first quarter of this year.

Advised platforms gross sales were £21.5bn, broadly similar to the past five quarters.

A modest 2.81% improvement in advised net sales was primarily due to continued strong platform sales and signs of recovery for James Hay and Ascentric.

Transact saw the strongest advised channel net inflows at £1.4bn. It was closely followed by Aviva at £1.39bn.

The Quilter platform saw the strongest advised channel gross inflows, with £2.34bn in the first quarter. It was closely followed by abrdn at £2.27bn, Transact at £2.09bn, and Aviva at £2.04bn.

A separate report from another investment and platform research company, Fundscape, found that platform assets fell by 2.5% to £906.8bn in the first quarter.

According to Fundscape True Potential was the only platform to record asset growth over the quarter.

The data company noted that Quilter saw its best quarterly gross sales in four years and Transact saw its second-best quarter on record for both gross and net sales.

The lang cat expected the remainder of 2022 to be tough for advised platforms.

Rich Mayor, senior analyst at the lang cat, said: “In the face of strong economic headwinds in the cost-of-living crisis, interest and inflationary rises, ISA and pensions gross sales were only a smidge down from the same totals as last year.

“Around two-thirds of total platform gross sales came from advisers, but advised net sales formed just shy of 90% of the total net sales. This indicates that while outflows have increased, it is focused in other channels such as D2C, proving the value of advisers in reassuring clients and staving off snap decisions to sell at potentially the worst time.

“However, the collective tightening of belts because of sharp interest rate and inflation rises that show no sign of stopping will have a significant effect on platform flows throughout the year. We suspect that after the second quarter of 2022, which is historically focused on using the current year’s product allowances, we’ll see platform flows fall for the rest of the year. This will likely start with the additional energy charge cap rise in October which will strain households even further.

“Though we’re all looking towards the summer, these headwinds mean it’s likely to be a tough autumn and even tougher winter for the sector.”

Bella Caridade-Ferreira, CEO of Fundscape agreed that the remainder of 2022 was unlikely to see any recovery in people investing via platforms.

She said: “This dip in markets, sentiment and disposable income isn’t going to be an easy one to bounce back from. The outlook for the rest of the year is more of the same. It will be different from 2020 when people stored cash during the pandemic and then invested it in 2021. Today there are people spending money to cover bills rather than investing, so there won’t be a huge wall of cash waiting to be invested when the outlook eventually improves.”