Register for Financial Planning Today website for FREE to view more stories and get our daily newsletters. Click on 2 stories to see Registration pop up.
Wednesday, 18 May 2022 07:11 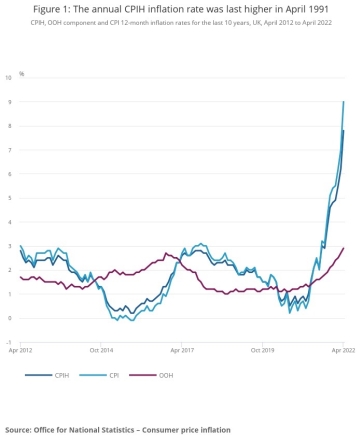 CPI inflation soared to 9% in April, up from 7% in March, ONS said today.

Prices are rising at their fastest rate for four decades as energy and other costs rise rapidly.

ONS said the wider Consumer Prices Index including owner occupiers' housing costs (CPIH) rose by 7.8% in the 12 months to April, up from 6.2% in March.

There were downward pressures from clothing and footwear which saw only small rises in prices. 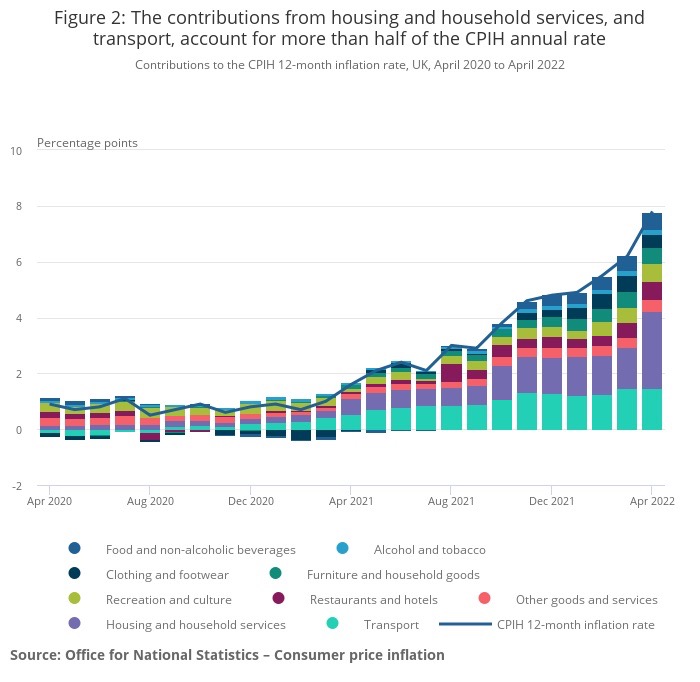 Richard Carter, head of fixed interest research at Quilter Cheviot, said: “Just days after Andrew Bailey and the Bank of England warned of ‘apocalyptic’ food prices, inflation has surged to an eye-watering 9% in April, delivering another hammer blow to households already fretting about the cost of living. The rise comes as a result of a sharp rise in household utility bills during the month and there are continued warnings that the worst is to come.

“Unlike in the US, UK inflation continues to rise for the time being, stoking further fears around the cost of living. It will also add to the pressure on the Bank of England to increase interest rates and get to grips with soaring prices even if, as they admit themselves, many of the factors driving inflation are beyond their control. Indeed, we should not be surprised to see further pressure mount on the government soon to pull some fiscal levers and look to alleviate the pain on households come the Autumn.

“If there is one crumb of comfort today, it’s that many forecasters expect this to be close to the peak in the rate of CPI. So while high inflation will remain present for some time, we should hopefully see the beginning of the end of this painful inflation journey soon."

• This is a breaking story, please check back later for updates and reaction.

More in this category: « FCA expects only 8% of staff to strike FOS pushes back complaints to firms »
back to top