Register for Financial Planning Today website for FREE to view more stories and get our daily newsletters. Click on 2 stories to see Registration pop up.
Monday, 23 May 2022 07:34 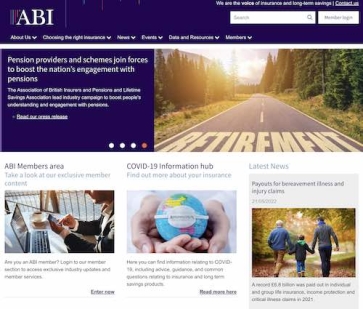 The Association of British Insurers has revealed that a near doubling of Covid payouts was a major factor in the record £6.8b in payouts on insurance claims in 2021.

Individual and group life insurance, income protection and critical illness claims hit a record in 2021, according to the latest figures from the insurers' trade body.

The record payout on individual protection claims came despite a 1.6% drop in the total number of new claims paid.

Payouts for Covid-19 related individual claims almost doubled in 2021, to £261m, despite the number of claims paid being almost identical to 2020, suggesting a significantly higher payout per claim than the previous year. It is not known how many claims were related to long Covid issues.

Roshani Hill, head of protection and health, at the Association of British Insurers, said: “Payouts for Covid-19 related claims almost doubling in 2021 is a stark reminder of the devastating impact the pandemic has had on society and people’s lives.”

Some 98% of both individual and group claims were paid in 2021. The main reason behind an individual protection claim being rejected was ‘non-disclosure’ of key facts.

The number of individual income protection claims fell from 17,000 to 14,600. The ABI said this drop could have been for a number of reasons, including more people still being on the Government’s furlough scheme.

After a big jump in mental health claims under individual income protection in 2020, claims decreased by almost 20% in 2021. However, they were still higher than in 2019.

Source: ABI. *Includes figures from the Association of Financial Mutuals. **Figures are for new claims, as well as income protection claims in payment

More in this category: « Aegon launches protection dashboard for advisers Tavistock buys ‘bionic’ app from LEBC for £3m »
back to top