Register for Financial Planning Today website for FREE to view more stories and get our daily newsletters. Click on 2 stories to see Registration pop up.
Wednesday, 25 May 2022 10:03 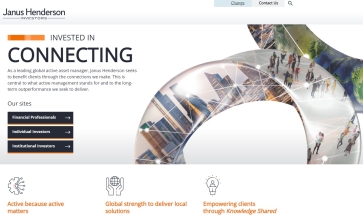 The average age of female investors when they start investing is 32 compared to 35 for men, according to a new report.

The average age people start investing is 34, with 13% not beginning to invest until after turning 50, according to new research from Janus Henderson Investment Trusts.

Feeling financially stable and having the necessary financial liquidity were the biggest triggers for starting investing, with 44% of those surveyed saying those factors were their main catalysts.

For those above the age of 34, the realisation that the state pension was going to be insufficient for retirement (30%) was the next key trigger.

Among younger investors, it was seeing friends or family investing (34%) that was the second most impactful driver.

The main reason cited for not starting investing earlier was a lack of ‘spare’ money (53%), with a quarter (27%) saying they were too young, and another quarter (26%) saying they did not realise the importance of investing.

The main goal for investing was to achieve a certain lifestyle in retirement (56%), followed by ensuring they have an emergency pot of money (45%).

Among those who invested, around 16% of monthly savings was the average amount, with men investing more than women (17% vs 14%).

More in this category: « 3 in 4 pension schemes have net zero plans Transact net inflows rise 16% »
back to top