Register for Financial Planning Today website for FREE to view more stories and get our daily newsletters. Click on 2 stories to see Registration pop up.
Monday, 30 May 2022 08:37 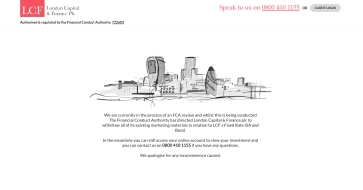 London Capital & Finance (LCF) bondholders have been warned about a new scam by the Financial Services Compensation Scheme (FSCS).

An LCF bondholder contacted the FSCS after receiving a fraudulent letter claiming to be from Trading Standards.

The letter did not mention LCF directly, but when the bondholder rang the phone number on the letter the person who answered said they were entitled to more money for their investment in LCF and that they must act quickly to get it back.

The scammers used the names Henry Johnson and Daniel Thomas.

The Chartered Trading Standards Institute has confirmed the letter is a scam and has previously issued warnings about fraudsters impersonating the institute.

The FSCS warned LCF bondholders to be vigilant against scams, and if they are ever unsure about contact from an organisation they should contact them directly using the information available on their official website.

The compensation body says that LCF bondholders are being approached by scammers using the company names LC Holdings and Capital Finance.

The FSCS is nearing the end of a government-backed compensation scheme which is returning over £114m to LCF bondholder victims.

Mini-bond provider London Capital & Finance collapsed in 2019, ripping off some 11,625 investors who lost savings worth a total of £237m.

LCF went into administration on 30 January 2019 and the FSCS declared it had failed on 9 January 2020.