Register for Financial Planning Today website for FREE to view more stories and get our daily newsletters. Click on 2 stories to see Registration pop up.
Monday, 30 May 2022 11:15 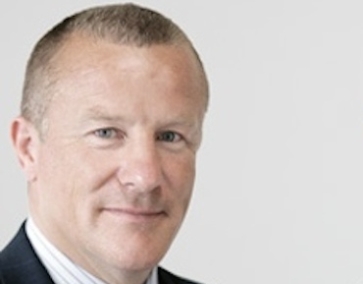 Thousands of investors in the Woodford Equity Income fund have been left ‘in limbo’ three years after the fund was suspended.

The fund was initially suspended on 3 June 2019, with the suspension originally due to be lifted in December 2019.

Ryan Hughes, head of investment research at AJ Bell, said the delays have damaged the reputation of the whole industry.

He said: “Link have indicated that the winding up process may even run into 2023, dragging out the misery for investors.

"Over the past three years, investors have received four payments totalling £2.54bn (see table). But the last of these was back in December 2020, with Link clearly struggling to offload the nine highly-illiquid companies remaining - including the well-known Atom Bank - at a sensible price.

“Investors will doubtless feel Link and the FCA could have done better through this period. There is a delicate balance between winding up the fund and getting a fair price for the remaining assets.

"After three years I suspect many investors would prefer to draw a line under this, accept a lower price and move on. However, the furore that occurred when Link sold assets to Acacia Research for £224m - some of which were then quickly sold for huge profits - will no doubt have made them wary of accusations they’ve sold assets on the cheap.

“Ultimately, the fact that this saga has dragged on for so long has been damaging for the reputation of the whole industry. No doubt we will hear the familiar words ‘lessons will be learned’ once the final review is concluded by the FCA, but I suspect that will be of little comfort to the thousands of investors impacted and it will take a long time to regain the trust of these people.”

Over 8 in 10 (86%) investors hit by the suspension of the Woodford Equity Income fund in June 2019 suffered a 'negative impact' to their finances, according to research from the Association of Investment Companies in October.

The AIC also found that three-quarters of advisers have changed their investment processes as a result of the collapse of Woodford Investment Management.

Investors in the Woodford Equity Income fund were told in March that the wind up may not be concluded until 2023.

The fund’s authorised corporate director, Link Fund Solutions, said the delays in liquidating the remaining assets were due to it seeking “the best outcome for investors” and the nature of the fund’s remaining assets.

More in this category: « Clients putting aside more for care costs say Planners Progeny acquires Hampshire Planner »
back to top