Register for Financial Planning Today website for FREE to view more stories and get our daily newsletters. Click on 2 stories to see Registration pop up.
Tuesday, 31 May 2022 09:02 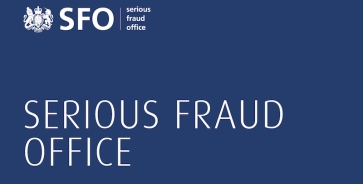 A convicted investment fraudster has been jailed for six years and seven months after failing to pay a confiscation order.

Michael Strubel failed to pay back money he made in a £72.5m investment scam.

The Serious Fraud Office (SFO) secured convictions against Mr Strubel and his co-conspirators Jolan Saunders and Spencer Steinberg in 2015, showing that the men deceived people into investing in Saunders Electrical Wholesale Ltd by lying about supply contracts.

The fraudsters overstated minor contracts with the Hilton, Marriott, Plaza and Holiday Inn hotel chains and lied about a non-existent contract to supply the Olympic village for the London 2012 Olympics.

Mr Saunders, Mr Strubel and Mr Steinberg took almost £80m from investors and used some of the money to pay for yachts, expensive property and luxury cars.

Jolan Saunders was jailed for almost nine years last year for failing to pay £5.76m of his confiscation order.

According to the Serious Fraud Office (SFO) Mr Strubel had hidden his proceeds from the fraud in loans and investments.

The SFO referred the case to the City of London Magistrates’ Court after Mr Strubel failed to repay the confiscation order in full.

The judge said his failure to pay the order “looks an awful lot like at best culpable negligence”.

In 2015 Mr Saunders pleaded guilty to conspiracy to defraud and acting as a director of a company whilst disqualified.

More in this category: « Progeny acquires Hampshire Planner Government to launch corporate reporting and audit regulator »
back to top