Register for Financial Planning Today website for FREE to view more stories and get our daily newsletters. Click on 2 stories to see Registration pop up.
Friday, 10 June 2022 09:58 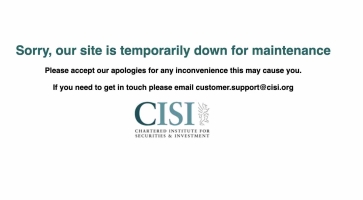 The CISI was forced to take down its website for several hours this week after a failed upgrade by its hosting provider.

The botched upgrade caused technical issues which resulted in the site being taken offline.

The CISI has confirmed that the problems were not related to criminal hacking of the site which suffered a major outage in April 2020 when it was hit by hackers.

The attack on the CISI website in 2020 targeted credit card transactions and was believed to have been perpetrated by a "highly organised international attacker.” At the time the CISI launched an investigation after the website attack saw 1,000 customers and members exposed to the risk of credit card fraud.

Since then the CISI has stepped up on security on its website.

A spokesperson for the CISI said: “Our website, which is back online now, was taken down for maintenance for several hours due to an upgrade from our hosting provider not being implemented correctly.

“We of course apologise for, and regret any inconvenience caused, to our members and are reviewing how we avoid a recurrence of this type of incident.”