Register for Financial Planning Today website for FREE to view more stories and get our daily newsletters. Click on 2 stories to see Registration pop up.
Wednesday, 15 June 2022 09:07 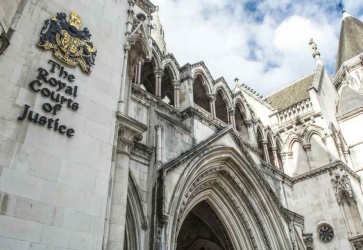 The claim was submitted to the High Court this morning

Law firms Leigh Day and Harcus Parker have joined forces to submit a joint claim against Link Fund Solutions over its handling of the collapsed Woodford Equity Income Fund.

The firms submitted a group litigation order at the High Court this week on behalf of investors in the fund.

The claim, on behalf of Woodford investors, alleges that Link breached the Financial Conduct Authority’s rules in its role as the authorised corporate director of the Woodford Equity Income Fund.

The law firms allege Link failed to ensure that the fund was managed in accordance with the FCA’s Collective Investment Schemes rules by allowing inappropriate levels of investment in illiquid, speculative or hard to value stocks, an inappropriate investment strategy, issues with the valuation of the fund's assets and misleading statements in the fund prospectus.

The claim said the breaches caused the claimants to suffer losses resulting from the underperformance of the fund.

Both law firms had previously begun separate court proceedings against Link but said by joining forces they would be able to share resources.

The case is expected to go to court in October.

The Woodford Equity Income Fund was initially suspended on 3 June 2019, with the suspension originally due to be lifted in December 2019.