Register for Financial Planning Today website for FREE to view more stories and get our daily newsletters. Click on 2 stories to see Registration pop up.
Wednesday, 15 June 2022 12:33

Forecasts: economic growth to stall in 2023 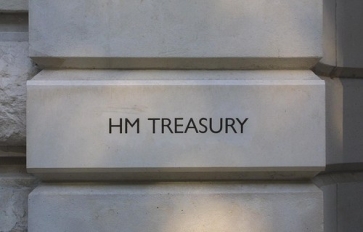 Economic growth will slow to a crawl next year, according to a Treasury poll of leading economic forecasters.

The Treasury’s June poll of leading banks, fund managers and economists predicts just 0.8% GDP growth in 2023, down from 3.6% this year.

If the forecasts, compiled in the first half of June, are correct the UK may avoid a serious technical recession, at least until the end of 2023.

Despite recent contractions in GDP - which fell by 0.3% in April - on average forecasters still predict 3.6% growth in GDP overall in 2022 (see below).

Growth of 3.6% is close to the lower end of the spectrum predicted for the year by the OECD in its June Economic Outlook, where it expected growth of between 3% and 5.6% for UK GDP this year.

Following the contraction in GDP for April revealed yesterday, Financial Planners told us they also expect there could be stronger contractions in the economy to come.

The figures from the Treasury poll of economists reveals that forecasters expect inflation to fall considerably next year.

The study also predicts unemployment will rise next year. The report forecasts a Labour Force Survey unemployment rate of 3.9% by Q4 this year, rising to 4.1% in 2023.

The Treasury has calculated its predictions using a range of independent forecasts and the OECD’s June Economic Outlook to form an average figure for all the forecasts released this month.

The study ,produced by the Treasury each month, compiles forecasts from nearly three dozen financial financial firms including leading banks and fund managers such as Barclays Capital, Morgan Stanley, HSBC, JP Morgan, Goldman Sachs plus organisations such as the IMF, OECD, The British Chamber of Commerce and Oxford Economics.

All the averages are the mean quoted.

More in this category: « Kingswood completes acquisition of Lincolnshire IFA Quilter shifts WealthSelect MPS towards fixed income »
back to top