Register for Financial Planning Today website for FREE to view more stories and get our daily newsletters. Click on 2 stories to see Registration pop up.
Friday, 17 June 2022 09:42 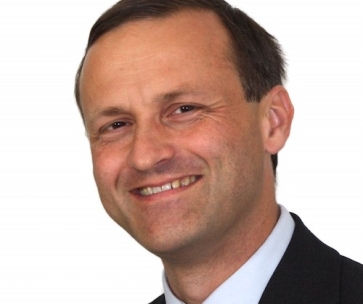 Former Pensions Minister Sir Steve Webb, now a partner at pensions consultancy LCP, has urged the Department for Work and Pensions to ‘come clean’ over the scale and nature of a new round of state pension errors.

The plea comes after revelations by the BBC today of new errors on state pension calculation, potentially going back decades.

According to reports on the BBC News website, DWP discovered in the 1990s that because of IT problems it was making errors in the uprating of the Graduated Retirement Benefit (GRB). GRB is an addition to the basic state pension for those who worked between 1961 and 1975 and was a forerunner of SERPS, the state earnings-related pension scheme.

Reports suggest that the errors are typically small, and are a mix of under-payments and over-payments, but that large numbers of people may be affected. It is reported that DWP took a decision in 2002 that it was not worth fixing this problem. It seems likely that errors persist to this day, Sir Steve said.

The latest IT problem comes on top of DWP admitting that it had underpaid over 130,000 people, overwhelmingly women, over a period of decades, with a total amount underpaid in excess of £1 billion. Over 500 civil servants are to be employed to put this error right and the correction of those errors is expected to take until the end of 2023, Sir Steve said.

Sir Steve Webb added: “It is astonishing that DWP could decide that it is simply not worth fixing systematic errors on state pension payments going back decades. Although the errors are typically small, this could have knock on effects, perhaps wrongly depriving some people of much larger amounts in means-tested benefits such as pension credit.

“This story raises serious questions about transparency and accountability within the DWP.  It also prompts questions about how many other errors are simply ‘swept under the carpet’ and never admitted. DWP now needs to come clean over the scale of this problem as well as any other errors which have never been disclosed. Parliament will expect a written statement from the Minister at the earliest opportunity with a full explanation.”

More in this category: « FCA reveals first funeral plan providers set to be authorised  State pension rise to 66 has pushed many into poverty  »
back to top