Register for Financial Planning Today website for FREE to view more stories and get our daily newsletters. Click on 2 stories to see Registration pop up.
Wednesday, 22 June 2022 07:36 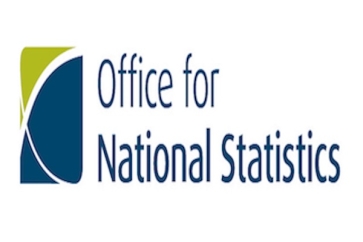 CPI inflation increased by 10 basis points from 9% to 9.1% in May, ONS reported today.

Inflation is now at a four decade high but the increase in May was far lower than the previous month when inflation rose by 2 percentage points from 7% to 9%.

The Bank of England Monetary Police Committee has forecast that CPI could reach 11% by October.

Daniel Casali, chief investment strategist at Evelyn Partners, said: "Despite the modest deceleration in core CPI inflation and recent weakening economic activity in the latest monthly GDP stats, money markets have priced-in that the Bank of England’s Monetary Policy Committee (MPC) will still raise interest rates by 0.5% points at the next three meetings (4 August, 15 September and 3 November). If realised, the BOE current base rate of 1.25% would rise to 2.75% by November and to around 3.6% over the next 12 months."

Laura Suter, head of personal finance at AJ Bell, said: “A slight uptick in inflation in May to 9.1% means that the UK public have been spared double digit inflation for now, but it’s just around the corner. RPI inflation, which is what many of us see our bills increase by every year, has now hit 11.7% - another 40-year high.

“Once again fuel is the factor driving inflation higher, from home energy bills to petrol and diesel prices pushing up transport costs. As a result of rising energy costs, the 12-month inflation rate for electricity is 53.5% and for gas is an eye-watering 95.5%. And May saw another record broken, with the largest increase in transport costs since records began in 2006. As a result of petrol and diesel prices hitting new records in May, the 12-month inflation rate for motor fuels hit the highest rate since 1989 – when the figures were first calculated."

• This is a breaking story. Further updates and reaction will be added so please check back later.

More in this category: « FCA expects only 8% of staff to strike FOS pushes back complaints to firms »
back to top