Register for Financial Planning Today website for FREE to view more stories and get our daily newsletters. Click on 2 stories to see Registration pop up.
Wednesday, 22 June 2022 08:34 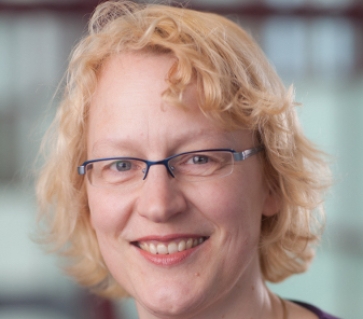 The Association for British Insurers (ABI) has called for a gradual increase to the minimum contribution rates under auto enrolment from 8% to 12%.

It said the increase should happen over the next 10 years, starting after 2025.

Due to the rising cost of living the ABI recommended that savers should have more flexibility.

The professional body has recommended either a mechanism to allow savers to ‘opt-down’ to 10%, or a minimum contribution rate set at 10% with the option to ‘opt-up’ to 12%.

It has called on the Government to undertake research to determine which is more affordable for both employers and savers.

The recommendations came as part of the ABI report ‘Automatic Enrolment: What Will The Next Decade Bring?’ in which the professional body examined the success of the policy so far and sets out key steps to drive up pension engagement.

The report said that automatic enrolment has been ‘an enormous success’ and has achieved its target of increasing participation by bringing over 10m more people into workplace pension schemes.

In the report the ABI also urges the Government to bring forward the commitments it has already made to extending automatic by lowering the age threshold from 22 to 18, and reducing the earnings threshold so that contributions are made from the first pound earned.

The professional body urged the Government to legislate for these as ‘a matter of urgency’.

Dr Yvonne Braun, director of policy, long term savings and protection, at the ABI said: “The huge success of automatic enrolment reflects a long-term plan based on consensus between political parties, industry and employers. We need the same approach now to determine the future of the policy, ensuring more people are included and are saving enough, with the right level of flexibility.”

Helen Morrissey, senior pensions and retirement analyst at Hargreaves Lansdown, said: “Boosting savings levels is a tricky balancing act. We need people to save more for tomorrow but not at the cost of harming them today and the pandemic and ongoing cost of living crisis has had a significant impact on the population’s financial resilience. Care must be taken that any further increases do not risk putting people under further pressure.

“The report highlights the important role of the employer contribution - in Australia their contribution is currently 10% - much higher than the 3% they currently pay in the UK. An initial increase in their contribution to 5% from 2028 would do much to boost people’s retirement incomes -keeping them contributing to a pension without putting further pressure on their daily finances.

“A further increase in both employer and employee contributions to 6% each from 2031 would see people saving significantly more without having to make a huge financial sacrifice – the ability to opt up or down would mean people were not under pressure to make contributions they couldn’t afford.”

More in this category: « Acumen FP develops financial education programme 41% revenue boost for Liontrust as assets rise 8.5% »
back to top