Register for Financial Planning Today website for FREE to view more stories and get our daily newsletters. Click on 2 stories to see Registration pop up.
Monday, 27 June 2022 09:30 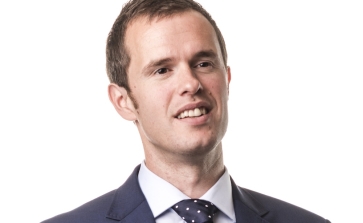 Average pension transfer values in May fell to £217,000, the lowest level seen since June 2016, as the number of transfers raising one or more warning flags rose to 83%.

The fall of 7% over May for the XPS Pension Group Transfer Value Index was due to increases in gilt yields and a fall in long term inflation expectations.

The separate XPS Scam Flag Index saw the highest rate of transfers raising one or more 'warning flags' of potential scam risk since the tracker began in 2019.

In May 83% of transfers reviewed raised one or more warning flags, an increase of roughly 30% since the beginning of 2022.

Helen Cavanagh, client lead, member engagement hub at XPS Pensions Group, said: “We continue to see the rate of potential scam activity referrals tick up. The majority of transfers reviewed are now assessed against the new transfer value regulations, with the overseas investments flag registered in three quarters of cases where a flag was present.”

The number of members completing transfers rebounded slightly after a six-month period of decline, to 37 members per 100,000, according to the Transfer Activity Index.

Mark Barlow, head of member options, at XPS Pensions Group, said: “It is interesting to see a small uptick in members completing a transfer during May, despite the continued slide in transfer values. This could be a response to the cost of living crisis, highlighting the importance of providing support to members to ensure they don’t make an uninformed decision or leave themselves susceptible to scammers.”

The XPS Transfer Watch monitors how market developments affect transfer values for an example member, as well as how many members are choosing to take a transfer value. XPS Pensions Group’s Transfer Value Index shows the estimated Cash Transfer Value of a 64-year-old member with a pension of £10,000 a year with typical inflation increases. The value changes over time with market movements. Mortality assumptions are reviewed periodically.

XPS Pensions Group’s Transfer Activity Index represents the annualised proportion of members that transfer out of pension schemes administered by XPS. If replicated across all private sector, funded, UK, DB schemes this indicates that approximately 50,000 DB members leave their schemes each year.