Register for Financial Planning Today website for FREE to view more stories and get our daily newsletters. Click on 2 stories to see Registration pop up.
Thursday, 30 June 2022 12:43 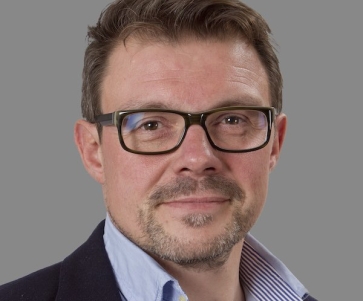 Derek Stuart, one of the UK’s best known fund managers and a founder of Artemis Investment Management, is to step back from co-managing one of its leading funds to spend more time on charity work.

He has been a manager of the Artemis UK Special Situations Fund since its launch in 2000.

He will hand over the fund management reins at the end of next year to his co-manager Andy Gray and new joiner Henry Flockhart.

After the end of next year he will be focusing on chairing the Artemis Charitable Foundation.

Mr Stuart’s co-manager since 2014, Andy Gray, will be joined from 25 July by Henry Flockhart from Aviva Investors. At Aviva Investors Mr Flockhart has - since September 2018 - managed the Aviva Investors UK Equity Unconstrained Fund. Before that, he was at Standard Life and managed the SLI UK Equity High Alpha Fund from January 2013. He has a BSc from the University of Edinburgh and is a CFA charter-holder.

Mr Stuart said: “It was a great privilege to help found Artemis and to have managed the fund for, by the time I stand aside, 23 years. I look forward to continuing to work with Andy for the next 18 months as we welcome Henry to the team.

“I know that when I do hand over, I will be leaving the fund in Andy’s and Henry’s very capable hands; and I’m sure that their focus will remain on meeting clients’ needs. I’m looking forward to chairing the Artemis Charitable Foundation and helping to ensure that all its good work continues.”

Artemis’ senior partner Mark Murray said: “Derek was one of Artemis’ four co-founders in 1997. When he steps aside from fund management at the end of next year, he will do so with our recognition of his enormous contribution to making Artemis what it is today. He has our enduring thanks and we’re delighted that he’ll remain a partner as he chairs our charitable foundation.

“The highly respected fund that Derek built up from nothing has in Andy and Henry very able successors. Andy’s and Henry’s approaches are highly compatible; and under their management we fully expect the fund to maintain its record of long-term outperformance for its investors.”

More in this category: « Morningstar to rename Praemium after £35m takeover  FSCS probes pension transfer firm with Portuguese links »
back to top