Register for Financial Planning Today website for FREE to view more stories and get our daily newsletters. Click on 2 stories to see Registration pop up.
Wednesday, 06 July 2022 12:21 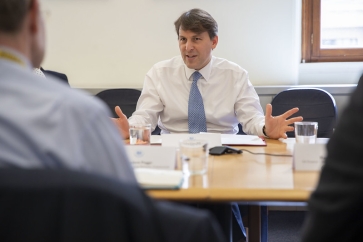 Mr Glen has been one of the key figures in financial regulation at the Treasury.

He has been at the Treasury since January 2018 and has served under three Chancellors but has decided not to continue serving under the new Chancellor Nadim Zahawi, who has replaced Rishi Sunak.

In his letter to Prime Minister Boris Johnson he wrote: "After much thought and with deep regret I must inform you that I have made the difficult decision to resign from the government.

"It has been a great privilege to serve as Economic Secretary to the Treasury under three Chancellors but I can no longer reconcile my commitment to the role and to the financial services sector with the complete lack of confidence I have in your continuing leadership of our country.

"When we met earlier this year you asked me to commit to carry on working to deliver vital reforms for our world leading financial services.

"Those reforms are now ready to be presented to parliament and they represent a fundamental reset of the regulatory framework for the industry and consumers."

Mr Glen has been heavily involved in helping to shape financial regulation in the UK and has also been a prime mover of Treasury initiatives such as the Women in Finance campaign.

Mr Glen is one of 17 government ministers and figures who have so far resigned over the past 24 hours. Chancellor Rishi Sunak and Health Secretary Sajid Javid resigned yesterday.

It is not yet known who will replace Mr Glen. Please check back here for updates.

More in this category: « Abrdn launches 5 MyFolio Sustainable index funds Iress to pension off Adviser Office to focus on Xplan »
back to top