Register for Financial Planning Today website for FREE to view more stories and get our daily newsletters. Click on 2 stories to see Registration pop up.
Thursday, 07 July 2022 13:00 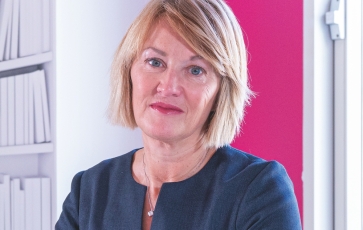 In 2021/22 the Financial Services Compensation Scheme (FSCS) recovered just £16m from the estates of failed firms.

Of this £13m was used to offset levies whilst £3m was passed onto consumers whose claims were above FSCS limits, according to the compensation body’s annual report.

The compensation body also revealed that it has paid out over £114m to around 9,000 London Capital & Finance bondholders within six months. It delivered this compensation as part of a UK Government scheme, which was outside of its usual industry-funded work.

The compensation body said there were £214m in losses that it could not compensation consumers for due to its current £85,000 limit for most claims.

It made the most claim decisions in a year in its history.

Approximately 132,000 claim decisions were made, over 108,000 of which resulted in either paying consumers compensation or helping them to transfer to a new investment/insurance policy.

Average customer satisfaction levels for the year were 84%.

Caroline Rainbird, chief executive of the FSCS, said: "I am pleased to report that for the second year in a row, we achieved record levels of customer satisfaction. Our customers are at the heart of everything we do and we are continuously striving to improve our customer experience.

"During the past year, we also put significant energy into promotion and prevention. The pensions and investments campaign we started last year has now reached more than 7.4m people, and we recently launched two new channels to help spread awareness of FSCS protection, through Instagram and a Podcast series called ‘Protect your Money with FSCS'. Raising awareness of protection, and our limits, contributes to consumers' ability to make informed choices about their finances.

"It is worth noting that the compensation we paid to customers during the past financial year does not represent the full amount of financial harm being experienced. There were £214m in losses that we could not compensate customers for, due to our limit, which is currently £85,000 for most claims. We also cannot compensate for the emotional loss associated with financial harm which can be devastating. Preventing this harm from occurring in the first place remains the best way to address this issue and improve outcomes for consumers."

Both had also been paid similar performance related bonuses in 2020/21.