Register for Financial Planning Today website for FREE to view more stories and get our daily newsletters. Click on 2 stories to see Registration pop up.
Friday, 08 July 2022 08:00 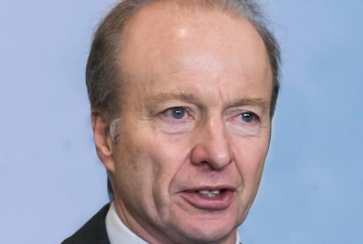 Ashley Alder - the CEO of Hong Kong’s Securities and Futures Commission (SFC) - is to become the new chair of the Financial Conduct Authority from January.

He will replace Charles Randell who stepped down recently from his five year contract a year early.

His appointment has been made by the Treasury which is responsible for selecting the FCA chair.

The FCA has faced heavy criticism in recent years over its handling of a number of financial failures including the £236m London Capital & Finance mini-bond fiasco and the BSPS pension transfer scandal. It has apologised for the mistakes.

Mr Alder has been CEO of the SFC in Hong Kong since 2011 and was due to end his current contract in September 2023 but will be leaving slightly early to take up the FCA role.

He also chairs the board of the International Organization of Securities Commissions (IOSCO) and sits on the Financial Stability Board's Plenary and its Steering Committee.

He began his career as a lawyer in London in 1984 and practised in Hong Kong for more than 20 years. He was executive director of the SFC's Corporate Finance Division from 2001 to 2004, before returning to private practice at Herbert Smith LLP, a law firm, as head of Asia.

Mr Alder is a member of the Financial Leaders Forum, a Council Member of the Treasury Markets Association and Vice President of The Hong Kong Institute of Bankers.

Mr Alder is expected to take up his role as FCA chair in January and has accepted a five-year term.

The Treasury has also reappointed Dr Alice Maynard and Liam Coleman, who respectively chair the FCA’s Audit and People Committees, to the board for their second three-year terms.

Richard Lloyd, who became interim chair of the FCA on 1 June, said: “We are looking forward to working with Ashley as he takes over the leadership of the FCA’s Board next year.

“As the FCA continues to strengthen its vital work to protect consumers and our financial markets, his deep experience of leading a major international regulator will help us deliver our ambitious strategy for the future.”

The Securities and Futures Commission (SFC) said that since becoming the SFC’s chief executive Officer in October 2011, Mr Alder has, "steered the SFC in pursuing a set of highly-focused and innovative regulatory policy as well as operational reforms to tackle risks and misconduct, uphold the quality and integrity of Hong Kong’s financial markets and maintain the confidence of investors."

The SFC said Mr Alder had raised the status of Hong Kong as an international financial centre.

SFC chairman Mr Tim Lui said: “On behalf of the board of the SFC, I wish to express my deep appreciation for Ashley’s leadership and his invaluable contributions throughout his 11-year tenure.  Ashley has been steadfast in his commitment and resolve in building a first-class regulatory framework with the highest standards to address the challenges and opportunities that Hong Kong face locally, regionally and globally.

"He will be remembered for forging the SFC as a determined, effective and independent market regulator well respected by its local and international peers.”

Mr Alder said: “I owe a debt of gratitude to all who have contributed to the evolution of the SFC into an organisation which is acknowledged globally as one of a handful of world-class market regulators.  I am especially grateful to the SFC’s past and current board members and all the SFC staff who deliver first-rate outcomes throughout our day-to-day work.”

More in this category: « FSCS recovers £16m from failed firms Transact accepts wider range of e-signatures »
back to top