Register for Financial Planning Today website for FREE to view more stories and get our daily newsletters. Click on 2 stories to see Registration pop up.
Wednesday, 13 July 2022 08:21 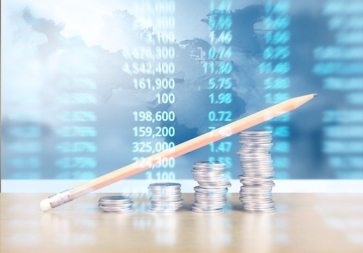 GDP growth was strong in May

UK Gross Domestic Product showed a surprise 0.5% rise in May after declining by 0.2% in April (revised from a 0.3% fall).

Monthly GDP is now estimated to be 1.7% above its pre-coronavirus (Covid-19) pandemic levels (February 2020).

Experts have cautioned, however, that the rise may not be sustained as concerns grow over the economy.

Dan Boardman-Weston, CEO and chief investment officer at BRI Wealth Management, said: “UK GDP came in at 0.5% in May, quite some way above the consensus estimate of 0% growth. The worrying part of the data is that the consumer facing service sector continued to shrink, by 0.1%, driven by a 0.5% fall in retail trade.

“Production and construction growth came in relatively strongly at 0.9% and 1.5% respectively. The GDP figures are likely to get worse over the coming months as pressures continue to mount on consumers and businesses as inflation remains high and interest rates continue to rise.

“The Bank of England is already predicting the chance of a recession but feels forced to raise interest rates to avoid inflation expectations becoming entrenched. It does feel like the economy is going to meaningfully slow throughout 2022 as consumers face the triple whammy of rising prices, rising interest rates and rising taxes.”

Services output grew by 0.4% in May 2022 as ‘human health and social work’ activities grew by 2.1%, mainly because of a large rise in GP appointments, which offset the continued scaling down of the NHS Test and Trace and Covid-19 Vaccination Programmes.

Construction grew by 1.5% in May 2022, following 0.3% growth in April. This is construction's seventh consecutive month of growth.

Melanie Baker, senior economist at Royal London Asset Management, said: “Despite today’s stronger than expected figures, the UK economy remains at risk of recession. I expect at least one quarter of negative GDP growth this year though, after this May data print, but the likelihood of that quarter being Q2 has slipped.

“Pay growth is not keeping up with inflation, consumer confidence is weak, business optimism is falling and the Bank of England continues to hike rates - and I am expecting at least another 75bp of rate hikes by year end. Energy prices remain an issue and a further large energy bill increase looks set for households in October, though the impact was eased somewhat by previously announced fiscal measures.”

More in this category: « Two in five cut back on saving Evelyn shifts away from global equity funds »
back to top