Register for Financial Planning Today website for FREE to view more stories and get our daily newsletters. Click on 2 stories to see Registration pop up.
Thursday, 14 July 2022 00:00 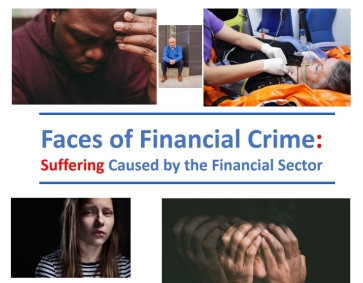 Almost nine in ten (86%) of the victims of financial crime have experienced a reduced quality of life, according to a new report.

The drop in the quality of living for financial crime victims can be more impactful than the financial loss, according to the Faces of Financial Crime report released today by the Transparency Task Force.

Many of the victims interviewed by the taskforce said their lives became more difficult and less enjoyable, with many struggling to maintain ownership of their homes, or afford necessities for their families.

The taskforce said the “financial losses that victims of financial sector misconduct experience are great, but also heavily impact the overall life experience of the victims” and make it “hard to escape the consequences of being a victim”.

Half of the victims surveyed said they had lost assets such as the closure of a business, loss of property or home repossession.

Feelings of anger and frustration were also common, with 72% of those surveyed feeling this way.

Half (45%) of victims also reported a lowering of trust and confidence in themselves and others.

The taskforce said that the FCA “misdirected respondents by advising them that the term duty of care can have a number of meanings, whereas in fact its meaning in law is established and uncontested, and claimed that its consumer duty amounted to a duty of care.”

A called for the new rules to include a Private Right of Action and asked MPs to introduce this into the upcoming Financial Services and Markets Bill to oblige the FCA to add one to the rule.

More in this category: « Third of over-60s do not expect to pay for care Private equity firm FPE invests in Dynamic Planner »
back to top