Register for Financial Planning Today website for FREE to view more stories and get our daily newsletters. Click on 2 stories to see Registration pop up.
Friday, 15 July 2022 08:05 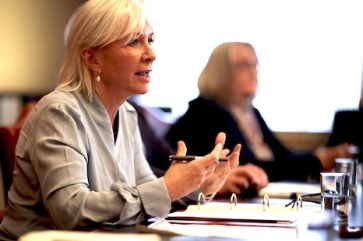 The Online Safety Bill, seen as one of the best ways to tackle online financial scams, has been delayed to the autumn but will now include protections for bona fide journalism.

The bill was already in danger of running out of Parliamentary time this session but debate over the new Prime Minister has pushed it back well into the autumn.

There is now a possibility that the bill may not become law until next year.

It has so far yet to have a third reading in the Commons, has yet to be considered by the Lords and has not gone through the amendment stage.

Digital and Culture Secretary Nadine Dorries, who has been spearheading the bill, expressed her annoyance this week that the long-awaited bill had been delayed.

She insisted the bill had not been dropped as some had suggested.

In a Tweet she said: “Online safety bill hasn’t been pulled, or dropped at all. Thanks to Labour grandstanding with a no confidence vote in the PM next week, we’ve run out of Parliamentary time to debate, meaning children and young people will be vulnerable and exposed for much longer.”

The bill will protect children and others from many online harms and has been extended from its original draft to include online financial harms after a campaign by many in the financial services sector.

Among the measures in the bill is one to make social media companies and search engines responsible for preventing paid-for scam adverts on their platforms. Platforms which host user-generated content, video-sharing or live streaming will also have a duty of care to protect users from fraud.

In a new amendment outlined last week Ms Dorries said protections for journalism would be extended to avoid any risk of high quality journalism being undermined by the bill. She expressed concern that some social media platforms and search engines had begun arbitrarily to remove journalistic content deemed controversial.

Ms Dorries said: “Our democracy depends on people’s access to high quality journalism and our world-leading internet safety law brings in tough new safeguards for freedom of speech and the press online.

“Yet we’ve seen tech firms arbitrarily remove legitimate journalism with a complete lack of transparency and this could seriously impact public discourse. These extra protections will stop that from happening.”

More in this category: « Recent surge in divorce fuels need for pensions advice Concern over expansion of govt's Mid-life financial ‘MOTs’ »
back to top