Register for Financial Planning Today website for FREE to view more stories and get our daily newsletters. Click on 2 stories to see Registration pop up.
Tuesday, 19 July 2022 08:55 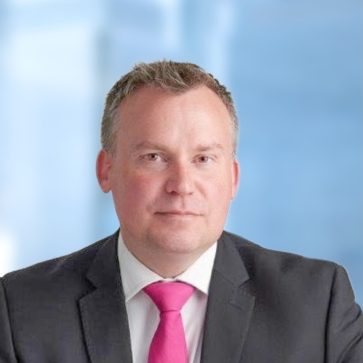 In his current role he has focused on the ICO’s efforts towards dispute resolution and enforcement at domestic and international level.

Mr Dipple-Johnstone said: “I’m excited to take up this role with the Financial Ombudsman, which gives me the opportunity to help maintain public trust in the UK financial services sector by delivering a fair and impartial complaints and investigations service. I’m committed to bringing improvements to people’s lives by delivering positive outcomes for the service.”

Mr Khan has recently completed a secondment from HM Revenue and Customs to the UK Health Security Agency as operations and performance and improvement director.

He joined NHS Test and Trace in response to the Coronavirus pandemic and led the team that implemented community testing to all authorities in England,

He was previously interim director general, customer services group, at HMRC, responsible for the strategy and delivery of consumer facing operations.

Mr Khan said: “The Financial Ombudsman is an organisation with core aims and values that align with my own, delivering great customer service with integrity and fairness. I’m very proud and passionate about good public services and this is a great opportunity where I can use my experience and contribute to making a difference to society.”

Both will take up their roles by 3 October.

The appointments are the latest in a series of senior hires for the ombudsman.

Baroness Manzoor CBE, chairman of the FOS, said: “I am delighted that James and Karl will be joining the Financial Ombudsman, who have both demonstrated strong senior leadership skills and who bring a wealth of experience of working in large customer focused organisations. These are key roles in the new Executive team we are putting in place.”

The ombudsman is also currently recruiting for a chief people officer and chief finance and risk officer roles.