Register for Financial Planning Today website for FREE to view more stories and get our daily newsletters. Click on 2 stories to see Registration pop up.
Tuesday, 19 July 2022 13:44 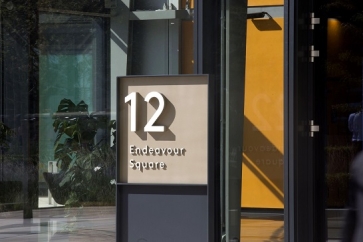 The Financial Conduct Authority has missed several operating service targets in communications and application processing times for the 2021/22 financial year.

The regulator published its operating service metrics today, alongside its annual report.

It missed its target for answering telephone calls to the Supervision Hub from firms for the second consecutive year.

The FCA said the failure was a result of ‘significant spikes’ in firm call volumes due to activities, including migration to new reporting and invoicing systems, firm attestations and queries about Coronavirus-related surveys.

Several Financial Planners have been critical on social media over the past year about the number of Covid-related surveys they have been asked to complete by the regulator.

The operating service metrics also revealed that the FCA missed its five day target to process appointed representative notifications over half of the time.

The regulator processed notifications within the target 44.7% of the time, lower than the 48.1% seen in the previous year.

It said the delays were due to “staff pressure, which was driven by the significant number of solo-regulated firm-related applications received following the introduction of the Senior Managers and Certification Regime (SM&CR) and the impact of the Covid-19 pandemic.

The regulator added that it has so far recruited 95 additional employees for the authorisations division to improve processing times.

Operating service metrics were also missed in responding to Freedom of Information (FOI) requests within the statutory timeframe of 20 days.

The regulator completed 67% of FOI requests within the timeframe, against its target of 90%. It said “this is below the standards we expect of ourselves” but that it expects to meet its target metrics during 2022/23.

There were several areas where the regulator made improvements against its operating service metrics.

The FCA closed 170% more complaints in 2021/22 than it did in the previous year, with 2,211 closures. This included complaints about its regulation of London Capital & Finance plc and acknowledging 93.7% of complaints within 5 working days of receipt, compared to 65.7% in 2020/21.

More in this category: « Staff numbers drop 4% at FCA due to recruitment challenges Inflation soars to 40 year high of 9.4% »
back to top