Register for Financial Planning Today website for FREE to view more stories and get our daily newsletters. Click on 2 stories to see Registration pop up.
Wednesday, 20 July 2022 09:22 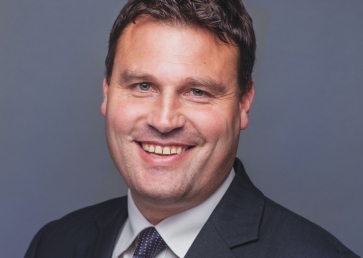 New equity release plan sales grew by 24.5% (year on year) in the six months to 30 June, according to data released today.

In the first six months of the year 25,448 new plans were sold, a record high.

The value of new equity released also rose by 31.7% to £2.556bn, another record high, according to new data from Key’s 2022 H1 Equity Release Market Monitor.

Including existing customer, £3.34bn of equity was released in the six months to 30 June.

The average customer released just over £100,000 in property wealth. This figure is over £5,000 higher than in 2021 as increased flexibility and house price increases attracted new customers with average interest rates at 3.65%.

Debt repayment (57%) continued to be the main use of money released, compared with 53% last year.

Larger numbers also chose equity release for discretionary spending. Over one in ten (12%) used funds from equity release to spend on holidays, in comparison to 6% in the same period last year. Home and garden improvement spending increased to 37% of customers turning to equity released (H1 2021: 33%).

Will Hale, CEO at Key, said: “As an industry, the first half of the year has seen the market return to growth as we work to develop and grow to better serve over-55s homeowners.  With the cost-of-living crisis very much at the forefront of people’s minds, we’ve seen a continue focus on the management of both secured and unsecured debt – although the proportion of people who include some discretionary spending has increased.

“While pandemic and the cost-of-living crisis has affected all age groups, it is particularly critical in this market that we understand our customers’ needs and recognise their vulnerabilities.”

The total value of new equity release rose in every region of the UK.

London saw the smallest increase with a 12% increase in the total value of new equity released.

The highest number of plans were sold in the South East, with 6,006 plans sold in the six months ended 30 June, a rise of 24% year on year.

More in this category: « Redmayne launches white labelled CIP Scam enquiries to watchdog surge by a third »
back to top