Register for Financial Planning Today website for FREE to view more stories and get our daily newsletters. Click on 2 stories to see Registration pop up.
Tuesday, 26 July 2022 09:30

Emyr Blease: Why I sold my Financial Planning firm 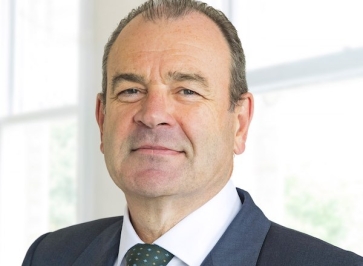 Emyr Blease, managing director of Wimbledon-based Chartered Financial Planning firm Holborn Financial, explains to Financial Planning Today in this Guest Column why he decided to sell his firm and why looking after his clients was paramount.

I established my first advisory business over 30 years ago, after cutting my teeth working for two very well known life insurance firms. I came to London from north Wales where I was born and raised. My passion was and is rugby union and I leapt at the chance to live and work in London.

I was invited to join London Welsh, then a leading club side founded by and for Welshmen living and working in London.

My first job was in retail banking for Barclays, but I soon realised that no matter how many exams I passed or how efficient I was, promotion was reliant on ‘dead men’s shoes’. A friend introduced me to Abbey Life and I saw the opportunity to be rewarded for my own efforts. So, aged 22, my journey in the world of financial services truly began.

The industry has changed considerably since then, not only because of regulation, the introduction of professional standards and qualifications, but also in the way advice is given and received rather than "sold."

However, what has not changed, and indeed has become much more important, is trust between adviser and client, which evolves over time. The disruptors currently affecting our industry do not value the importance of the client/adviser relationship and the experience gained from living and working through many cycles, not only economic but also cyclical changes in the way providers and advisers work. I know this relationship is paramount.

As I approached the age of 60, my mind turned to succession planning.

My main concern is always to ensure that our clients receive the best possible advice and service. I have known many of them for most of my working life and have no wish to walk away from them or sell them to a consolidator as mere contacts in a client bank. When I go to the golf or rugby club I want to meet and greet, not avoid former clients furious about poor service they now receive and perhaps wondering how much of their money I have.

It is not only about reputation. It is about knowing that you have served your clients well and to ensure they will be well looked after. We know how quickly reputations can go up in smoke, particularly in these uncertain times.

It became apparent that selling out is quite easy. Private equity-backed consolidators, providers seeking to get back into the market offering eye-watering multiples, some over 8%, and other juicy offers. How is this going to be paid for and by whom, I wondered? I had to consider much more than the purchase price.

We have built up a successful business advising discerning private clients; individuals who run and manage their own businesses and those in or seeking a comfortable retirement. My duty and that of my colleagues remains to these clients and friends.

We have a young team, including ex-professional sportsmen and women, who we see as the next generation of advisers following in my footsteps. Our newest adviser is Craig Meschede, who is in his early thirties. A fine all-rounder who played county cricket for Somerset and Glamorgan, Craig joined us this summer on his retirement from the first class game.

An old friend who had sold his own advisory business suggested I meet Nigel Speirs. Nigel brokered the deal and in turn introduced me to AlphaWealth of South Africa, which bought a majority stake in Holborn Financial. He is now our chairman. AlphaWealth hopes to expand further in the UK and offer Financial Planning and advice to the large number of South Africans, mainly young professionals, living and working in London.

Everything is going smoothly and we have gained many new clients and lost very few. We have kept our name, although that might change in the future.

Emyr Blease joined the industry in 1982 as an associate at Abbey Life, later becoming a consultant at Legal & General. He set up IFA Chester Conway, the predecessor to Holborn Financial, in 1988. He has numerous Financial Planning qualifications including G10, G70, J03, J05, R06, AF2, AF4, AF5 and is a member of the Personal Finance Society. He lives in Wimbledon and remains passionate about rugby and enjoys playing golf.

One of South Africa’s biggest independent financial advisers AlphaWealth entered the UK Financial Planning market in 2021 by acquiring a majority stake in Holborn Financial. It plans to acquire more firms. At the time of the acquisition, Holborn Financial had three advisers and five support staff. Holborn advises 150 business owners and private clients with around £150 million of assets under influence.

More in this category: « Average divorce costs 18% of wealth Parmenion swings into profit as revenue rises »
back to top