Register for Financial Planning Today website for FREE to view more stories and get our daily newsletters. Click on 2 stories to see Registration pop up.
Wednesday, 27 July 2022 08:55 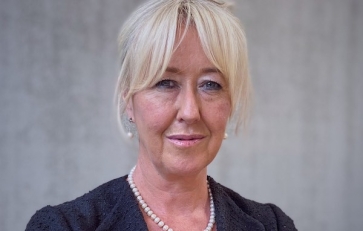 Wealth manager Investec Wealth & Investment is to promote chief commercial officer Barbara-Ann King to CEO in October as part of an executive reshuffle.

The change means that the two most senior leadership positions in the UK at Investec are held by women for the first time in the company's history.

The other senior female executive at Investec is Ruth Leas who was appointed CEO of Investec Bank plc in 2019.

Ms King will replace Ciaran Whelan who took on the role in April 2020 to help integrate the UK wealth business into the group. Mr Whelan will continue as MD of Investec plc and remain a member of the Investec Wealth & Investment board and of the group executive team.

Ms King joined as chief commercial officer of the group in October 2020. Her appointment as CEO is subject to regulatory approval.

Investec has also made other changes to its group executive team as it plans further growth.

Lesley-Anne Gatter, currently head of people & organisation in South Africa, will replace Marc Kahn as global head of P&O. The company says that Ms Gatter and Ms King’s appointments increases female representation on the group executive team from 9% to 21%.

Marc Kahn will remain on the group executive team and will fill the newly-created role of chief strategy officer.

Fani Titi, Investec group chief executive, said: “Over the past three years we have concentrated our efforts on creating a simplified and focused business. We are now confident that Investec is well placed to pursue disciplined growth in the long term via greater integration across our deep specialisations.

“Investec is extremely fortunate to enjoy such a deep and strong complement of leaders, who are passionate about what we can achieve. We are delighted to have made all these new appointments from within the business, and would also like to acknowledge the immense contribution made by those who are changing roles.”

Ms King said: “I am proud to lead Investec Wealth & Investment together with such a talented team, which has built strong foundations due to its Out of the Ordinary commitment to clients. Our continued focus on building sustainable value through world-class service and truly diverse people, our innovative thinking and appreciation of our role and duty in society, places us in good stead to be a trusted partner to this next generation to inherit, protect and grow their wealth.”

Investec operates in two main markets, South Africa and the UK, as well as other countries. The group was established in 1974 and currently has 8,200 employees. Investec is dual listed on the London and Johannesburg Stock Exchanges.

More in this category: « FCA’s new Consumer Duty rules are revealed Planners have nothing to fear from Consumer Duty say providers »
back to top