Register for Financial Planning Today website for FREE to view more stories and get our daily newsletters. Click on 2 stories to see Registration pop up.
Thursday, 28 July 2022 10:00

Andy Agathangelou: Why regulation is failing 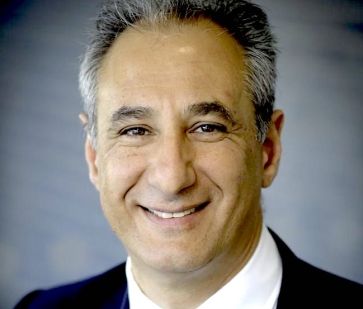 In this exclusive Guest Column for Financial Planning Today, Andy Agathangelou, founder of the Transparency Task Force, looks at why regulation is failing to protect consumers, the human misery caused by financial crime and how Financial Planners can help.

The Transparency Task Force (TTF) is a Certified Social Enterprise that has built a vibrant community of people in 22 countries who want to improve conduct of the financial services sector. Our mission is “to promote ongoing reform of the financial sector, so that it serves society better.”

We launched a report at a recent meeting in Parliament, entitled “Faces of Financial Crime: Suffering Caused by the Financial Sector.”

We produced the report to build a platform for individuals to share their experiences about the harm and suffering they have endured as a direct result of becoming a victim of mistreatment. The report is built on 22 case studies that document the impact of financial crime and misconduct, which are too often presented merely as cold, abstract statistics.

The cost to individuals cuts much deeper than simply the loss of money. The victims’ experiences adversely impacted all areas of their lives. The severity and extent of those impacts are particularly highlighted by the themes of stigma, depression, anxiety, suicide and social withdrawal.

After seven years of running TTF and examining the issues that lead to misconduct, we have come to the conclusion that the main problem is that the regulatory framework is failing. There’s extensive evidence to support that claim. For example, the data within Violation Tracker UK shows the financial sector to be the most violating of all the parts of the UK economy by a disturbingly long way. The banks are the worst offenders by far. 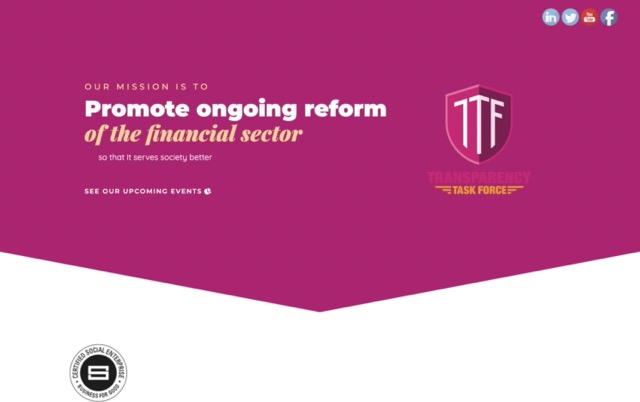 That’s why our report is also a clarion call to Parliamentarians to make good use of the law-making opportunities within the upcoming Economic Crime Bill and the Financial Services & Markets Bill, to remedy the failings of the regulatory framework. We propose detailed policy recommendations.

The report also contains statements of support from a wide range of stakeholders, including many Parliamentarians, for we are not alone in recognising the desperate need for improvements to the regulatory framework; a framework that has been tasked by Parliament to provide, “an appropriate degree of consumer protection” but a framework that has chronically and catastrophically failed to do so.

The poor performance of the Financial Conduct Authority is a huge problem. There’s a mountain of evidence pointing to that conclusion, including the testimony of respondents to the Call for Evidence about the FCA that is being carried out by the All-Party Parliamentary Group on Personal Banking & Fairer Financial Services, for which TTF provides the secretariat.

Some of that evidence is already in the public domain and it includes testimony from existing and former FCA employees.

In short, because of the evidence we have seen, we must conclude the FCA is not fit for purpose. Explaining that fully would take more than the scope of this comment piece, but the key points are that the FCA:

I joined the financial sector way back in 1986, before regulation and when the sector was riddled with all kinds of unprofessional people. Sadly, I think there are still people in and on the periphery of the sector who are at best product sales people; and at worst, outright scammers.

However, I have always had the highest regard for true Financial Planners - professionals that plan for the client, not the money; who authentically embrace a fiduciary duty; and who see their purpose first and foremost as acting in the client’s interest at all times and in all circumstances. I’ve had the pleasure and privilege of knowing and working with some superb Financial Planners over the years.

For such individuals, and most likely for you too as a reader of Financial Planning Today, any form of financial crime and malpractice, malfeasance, misconduct or mis-selling is utterly abhorrent. They, and you, would never treat a client unprofessionally or unethically, because it's just not in the DNA.

So it follows that anything that is designed to rid the sector of the cowboys and crooks is good news for true Financial Planners. That’s precisely what our discussion paper is designed to do.

So, if you want the sector to be cleaned up; and if you want to mitigate the risk of innocent investors becoming victims of financial crime and malpractice; and if you like the idea that the FCA proactively and relentlessly hunts down the scammers; then we are very much on the same side.

Our paper has worked, in that various Parliamentarians are keen to support its central message, that there needs to be meaningful reform. You can access it by clicking here - we’d love your feedback so get in touch and let us know what you think - we’re open to constructive criticism, recognising that we do not have a monopoly on good ideas and we know that very often the best input comes from practitioners on the front line who are “walking the talk” on a daily basis.

Andy Agathangelou FRSA is Founder of the Transparency Task Force, a Certified Social Enterprise. He is also a governor of the Pensions Policy Institute; chair, Secretariat Committee, APPG on Personal Banking and Fairer Financial Services; chair, Violation Tracker UK Advisory Board and a policy adviser to Parrhesia, the Whistleblower Research Charity.

More in this category: « Average divorce costs 18% of wealth Parmenion swings into profit as revenue rises »
back to top