Register for Financial Planning Today website for FREE to view more stories and get our daily newsletters. Click on 2 stories to see Registration pop up.
Thursday, 28 July 2022 12:45

Women’s pension pots half the size of men’s 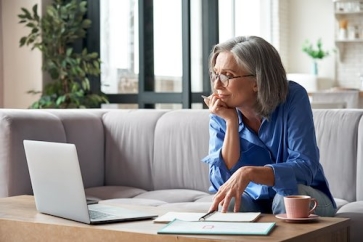 Women’s pension pots are half the size of a men’s at the point of retirement, according to a new report.

Every single industry in the UK has a gender pensions gap, according to analysis of 4.5m pension savers by Legal & General.

The healthcare industry had the largest gender pension gap at 59%, followed by construction (51%), real estate/property development (46%), and senior care (45%).

The smallest gender pension gap was for courier services with 13%.

The pension and investment provider said one of the reasons behind the gender pensions gap was the fact that women were more likely to take career breaks due to caring responsibilities. Of those who had taken a career break, 38% did not know the financial impact it had on their pension contributions.

Only a quarter (28%) of the women surveyed said they had confidence in their ability to make decision about their pension, in comparison to 48% of men.

This lack of confidence extended further into other financial decisions, with women feeling less likely to feel confident managing investments (22% vs 41%) and savings (56% vs 67%).

Katharine Photiou, commercial director of workplace savings at Legal & General, said: “We’ve all heard about the gender pay gap, but very few discuss the gender pensions gap, despite the fact so many women experience it. This shows more needs to be done to boost engagement with pensions, particularly with those who feel less confident, and who may need help on where to start when it comes to making financial decisions.

“Millions of people would benefit from a wider range of support services to make more informed decisions about their savings and investments. But this support needs to be personalised to achieve any real shift, and this is where government and industry need to work together. Pensions can seem complicated but they're just a regular savings plan with some tax perks. We need to demystify pensions and get back to basics.”

The pension and investment provider called on other pension providers to disclose their gender pension gap to help raise awareness.

• Legal & General analysed data from over 4.5m defined contribution members as at April 2022. The figures do not take into account any other pension provision scheme members may have elsewhere. The Legal & General Insight Lab also surveyed 2,135 workplace members between 4 and 26 July. The pension and investment provider’s data was supplemented by a survey of 2,001 UK adults by Opinium between 4 and 8 February.

More in this category: « IHT payments rise at fastest rate since 2015/16 Jupiter to cut costs as profits dive »
back to top