Register for Financial Planning Today website for FREE to view more stories and get our daily newsletters. Click on 2 stories to see Registration pop up.
Friday, 05 August 2022 09:54

FCA has ‘no responsibility’ to monitor unregulated firms 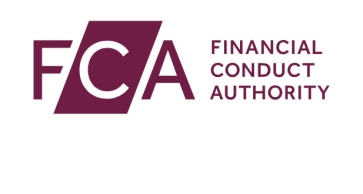 The Complaints Commissioner, which investigates complaints against the FCA, has issued a ruling clarifying that the regulator has no responsibility beyond regulated companies.

In a response to an investor complaint this week (Complaint number FCA001710), the Commissioner said that the FCA’s responsibilities end at regulated firms.

The Commission ruled the FCA has, “no obligation to monitor the activities of firms it does not regulate.”

The Commissioner, Amerdeep Somal, rejecting a complaint from the investor, said the FCA was right to rule when it received the complaint that because the firm subject to the complaint was not regulated the FCA had no responsibilities to protect investors.

The ruling may help clarify where the FCA’s ‘regulatory perimeter’ lies and will likely strengthen warnings to investors not to deal with unregulated firms without taking professional advice.

The complainant invested £10,000 through a broker in an unnamed firm. The complainant said the broker implied they were regulated despite the fact they were not, the Commissioner said. The broker was not listed on the FCA register.

The investor then lost their investment and complained to the FCA – and later the Complaints Commissioner – that the FCA had let them down and failed to abide by its mission statement to protect consumers.

The complainant told the Commissioner: “‘All I want to know is what exactly did they do or not do to comply to their mission statement and regulate the marketplace such that firms like the one mentioned were not allowed to run freely in the UK defrauding the public.”

The complaint asked the FCA for their £10,000 back plus 9% compound interest per annum in compensation.

The Commissioner responded to the investor: “One of the FCA’s statutory obligations is consumer protection, but the FCA is only able to offer consumers a certain amount of protection. Consumers must also look to protect themselves by always acting with care.

“I have sympathy with your predicament, but it does not follow that the FCA is at fault. In this instance, you invested in a firm which does not appear and did not appear on the FCA Register, as it is not authorised by the FCA. You have said to me that the report of the Rt. Hon. Dame Elizabeth Gloster DBE, PC (the Gloster report) as well as my own on the FCA’s oversight of London Capital and Finance plc. shows serious deficiencies in the Register and therefore you should not have been expected to rely on it.

“I am afraid I do not agree with you. The matters raised with respect to the Register in the reports above are different to the one here. Whilst the Register has scope for improvement, it is the case that FCA authorised firms are listed on it, and it exists as a reference point for interested parties to ascertain the authorisation status of firms.”

The Commissioner said while they had sympathy with the complainant the FCA had not acted inappropriately and the complaint was rejected.

More in this category: « Profits slump 26% at Hargreaves Lansdown New Planner joins Evelyn Partners in Chelmsford »
back to top