Register for Financial Planning Today website for FREE to view more stories and get our daily newsletters. Click on 2 stories to see Registration pop up.
Monday, 10 September 2012 14:14 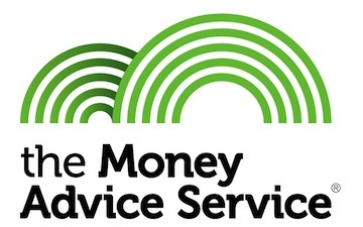 Money Advice Service
Over half of the UK's adult population (52% or 25.6m people) have never received or cannot recall if or when they last received advice about managing their own money and a further one in five (21% or 10.3m people) has not received such advice in the last year.

The YouGov® findings are published today as a new campaign to help millions of people get on top of managing their money is launched by the government-backed free and independent Money Advice Service.
The Service was launched in 2011 after Parliament approved its establishment following research in 2008 that showed 19m people fell into an advice gap. In its first year it began to address the advice gap by reaching 1.3m people online, on the phone and face-to-face with advice.

The research also shows:
• for those that can recall receiving advice, the main two sources of help were a financial adviser not connected with their bank or building society (32%) or at their bank or building society (28%);
• those most likely to have received advice recently were among the higher-social groups (ABC1), with 31% of these stating they had received advice within the past year whilst 23% of those in lower-social groups (C2DE) had done so; and
• unemployed people are almost twice as likely to be unable to recall receiving or have never received advice compared those in full time work (82% v 46%).

Wales is the UK's money advice hotspot, with six out of ten people recalling having received advice at some point whilst only 36% of those in the North East recall received advice.

The new research is published as the Money Advice Service's new campaign launches with an initial TV advertisement during the 20.45 commercial break in tonight's episode of Coronation Street on ITV1. Continuing over a six-week period, the TV, print and online campaign is an initial part of activity in 2012-13 to support the Service's statutory duty - to make the nation more financially capable.

The new campaign focuses on a slice of life - highlighting everyday conversations in real-life situations, when money matters to demonstrate the relevance of money in key life events. It tells people where they can turn to, how the Service can help and encourages them to get on top of managing their money. The initial TV ads focus on: redundancy, everyday budgeting and moving home.
Speaking ahead of the campaign's launch, Money Advice Service Chairman, Gerard Lemos said: "This campaign is designed to shake people out of their money slumber and prompt them to manage their finances well. The research confirms the advice gap is still a chasm and, if we are to be a nation that saves, plans and prepares for the unexpected, we need to be creative and reach many millions of people to tell them they can get free and unbiased advice from the Money Advice Service."
To preview the TV ads visit: www.youtube.com/mastvadverts.
Tweet
This page is available to subscribers. Click here to sign in or get access.
Published in Articles
Tagged under