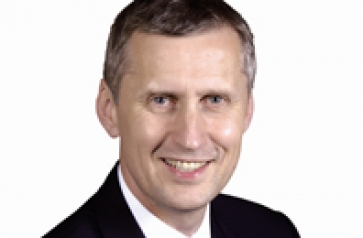 Mr Wheatley was tasked with carrying out a review of LIBOR after Barclays was fined for Libor-manipulation earlier this year.
In the final report of the Wheatley Review, Mr Wheatley proposed that the regulation of LIBOR be given to the FSA and for the regulator to be able to prosecute for Libor-manipulation. All employees able to set LIBOR should be an FSA approved person.
When making LIBOR submissions, he said transaction data should explicitly support these submissions.

He also suggested a new body should be responsible for LIBOR submissions as the British Bankers' Association had failed in its independent and oversight structures. The new body would introduce a code of conduct on the use of data and record-keeping responsibilities.
Mr Wheatley said: "I am confident that the substantial package of reforms that I recommend in this final report provides a credible blueprint for the restoration of trust in LIBOR.
"I expect those with a direct interest in LIBOR - particularly those in the markets who contribute or use the benchmark - to show the same degree of commitment to getting this right."
Which? executive director Richard Lloyd said: "The action announced today to help prevent another LIBOR rate-rigging scandal, including independent governance and regulation of LIBOR, is a vital step towards restoring the shattered consumer confidence in banking.
"We now want to see the Government take forward these recommendations as soon as possible. There must be no delay. Action must be taken to fix our broken banking system and bring a return back to banks for customers, not bankers."


• Want to receive a free weekly summary of the best news stories from our website? Just go to home page and submit your name and email address. If you are already logged in you will need to log out to see the e-newsletter sign up. You can then log in again.
Last modified on Friday, 28 September 2012 10:47
Tweet
This page is available to subscribers. Click here to sign in or get access.
Published in Articles
Tagged under

More in this category: « HNW sector shows signs of modest recovery, says MDRC Ray Pierce to lead Succession after death of Simon Chamberlain »
back to top