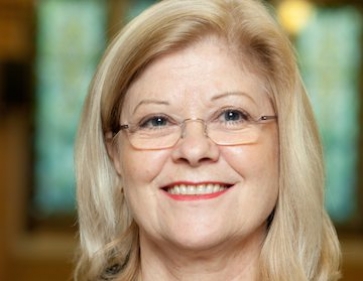 PFS chief executive Fay Goddard
The Personal Finance Society has announced the winners of the 2012 PFS Chartered Awards at this year's PFS conference in Birmingham.

The PFS Chartered Awards celebrates those individuals and firms who have demonstrated outstanding achievement in the Financial Planning profession over the past year. Now in its fourth consecutive year, this year's awards comprise seven separate categories – with the brand new category of Paraplanner of the Year.
The awards were presented at a gala Chartered awards dinner that followed day one of the PFS Annual Conference 2012 in Birmingham, this year attracting over 900 delegates.
In the Chartered award categories, the winners for 2012 were:
• Chartered Financial Planner of the Year, sponsored by MetLife – Hayley Tink, FPFS, Chartered financial planner, Almary Green Investments Limited
• Chartered Financial Planners of the Year, sponsored by Prudential – LIFT-Financial Limited
Fay Goddard, chief executive of the PFS, who also announced her retirement next year at the conference, said: "This year's winners saw stiff competition with the PFS Chartered Awards attracting a record number of entries and this is testament to the increasing focus on professionalism and raising standards within the Financial Planning sector."
• Paraplanner of the Year, sponsored by Standard Life – Gemma Langlands, DipPFS
Paraplanner of the Year has been introduced in recognition of Paraplanners' commitment to high professional standards and the importance of the role as part of a holistic professional Financial Planning process, says the IFP.
The John Ellis award is presented, at the discretion of the PFS board of directors, to an individual who has made a significant contribution to the development of professionalism within the financial services sector.
·         John Ellis Award 2012 – The Right Honourable, the Lord Hunt of Wirral MBE.
Fay Goddard said: "The PFS Board was unanimous in its decision to award this title to the Right Honourable, the Lord Hunt of Wirral MBE for his huge and positive impact on regulation and professional standards during his most distinguished and influential career. Notably this is only the third time that it has been presented since the award was introduced in 2007, and I would like to add my personal congratulations to Lord Hunt."
Awards were also presented to the highest achievers in their qualifications.

This year's winners are:
• Highest achiever in Diploma in Financial Planning, sponsored by Collins Stewart – Myles Harrison, DipPFS (MP & ER)
• Highest achiever in Advanced Diploma in Financial Planning, sponsored by Suffolk Life – Svenja Keller, APFS, Chartered financial planner
This year PFS judges chose to present the PFS Volunteer of the Year 2012 award to two individuals. This year's winners are:
•         Volunteer of the Year 2012, sponsored by St James's Place
–      Russell Anderson, FPFS, Chartered financial planner
–      Simon Haydock, FPFS, Chartered financial planner
Fay Goddard said: "The PFS applauds Russell Anderson for his role as education officer for the PFS and, prior to this, on the Belfast Institute Council, assisting the promotion, organisation and funding of events over many years.
"Simon Haydock has been a professional adviser at his local Citizens Advice Bureau for over five years and during that time has been both instrumental in creating an additional bureau and raising money for local charitable causes."
The PFS Chartered Awards were presented by the actor James Nesbitt at the PFS Annual Conference at the ICC Birmingham on 8 November 2011.  For further information on the award ceremony please visit www.thepfs.org/events/chartered-award-winners-2012/
Last modified on Friday, 09 November 2012 13:00
Tweet
This page is available to subscribers. Click here to sign in or get access.
Published in Articles
Tagged under