Register for Financial Planning Today website for FREE to view more stories and get our daily newsletters. Click on 2 stories to see Registration pop up.
Friday, 16 November 2012 14:24

Shane Mullins: Still committed to the Question of Trust campaign 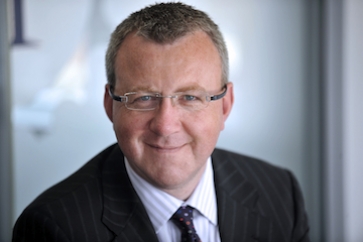 Shane Mullins, founder of the Question of Trust campaign
Shane Mullins, founder of the Question of Trust , has released a joint statement with Nick Cann, chief executive of the Institute of Financial Planning, on the current state of the campaign.
Mr Mullins and Mr Cann have issued the statement after media reports that Mr Mullins had withdrawn from the campaign. Mr Mullins says in his statement that this is not the case and he continues to support the campaign but his role will change.
The two men said that they still passionately believed in the aims of the campaign but that with limited resources available they had to be realistic about what could be achieved in the short-term although both were proud of the publicity that had been achieved so far.
The joint statement is as follows:

"As the year closes, we reflect on our campaign efforts and achievements to date. The Retail Distribution Review was a natural break-point for us to take a breath and consider where we are, what we have achieved to date and where we go from here.
Whilst there have been some frustrations as to the levels of engagement from the industry broad, there have nevertheless been many within the industry and beyond who clearly recognise the great importance of rebuilding trust and confidence within the sector. Most notably, the advisory community has been very supportive of our agenda.
In trying to deliver our aims, significant resource was always going to be required and whilst we have had engagement from a number of key sponsors, it has not been possible to achieve everything we had hoped to without being fully resourced.
As individuals and a campaign group, we passionately believe in both the collective benefits of what the advisory sector delivers to consumers and the positive impact the financial services sector can have on society at large.
Due to the levels of engagement, we have had to re-group and think more creatively as to how we take forward our aims and continue to fight for greater levels of trust within the industry. We believe trust should be front and centre of all business activity.
Our main aims were to begin a dialogue, build momentum and to raise the importance of the issue within the industry and beyond.

We formed a steering group consisting of The Financial Services Research Forum of the University of Nottingham, Credit Action – the national money education charity, The Institute of Financial Planning and Fiscal Engineers. We have also been supported by FT publication – Financial Adviser magazine. The campaign has also been cited as one of the most important initiatives coming out of the industry since the Financial Services Act 1986 being recognised both in and outside of our profession.
As a group we have delivered a number of key outputs such as research on the industry's view and sentiment on trust conducted by YouGov. Consumer research was also undertaken with Professor Christine Ennew at the University of Nottingham delivering the MoneyTrustIndex framework – an independent analysis and report on trust within the sector, a key paper on codes of conduct which is available through the IFP and the genesis of a toolkit to help organisations influence greater levels of trust and engagement with consumers.Our launch event in July was very well attended with over 70 industry representatives including ABI, FSA, NS&I as well as Banks and the financial media.
We have presented the strong business case for trust and delivered enhanced Professional Indemnity insurance terms for accredited financial planning firms. An e- learning package will also be released before the end of the year through the University of Nottingham.
We have had very positive dialogue with regulators and earlier this year asked to present evidence to the Parliamentary Commission on Banking Reform. Many commentators have spoken up about the campaign including political leaders, key industry figures, academics and we have achieved national press coverage as well as a slot on BBC Radio 4.
Whilst we consider our strategy for 2013 and beyond, Shane will take a more targeted approach to work with those in positions of influence in an attempt to gain greater leverage and traction whilst Nick and the IFP will 'face up' the campaign, including it as part of a broader consumer strategy.
Enquiries should be directed through our campaign office at the IFP and a detailed brief of our agenda is available on request.
We remain entirely committed to our original aims and the importance of this campaign and continue to work towards restoring trust in financial services."


• Want to receive a free weekly summary of the best news stories from our website? Just go to home page and submit your name and email address. If you are already logged in you will need to log out to see the e-newsletter sign up. You can then log in again.
Last modified on Friday, 16 November 2012 14:44
Tweet
This page is available to subscribers. Click here to sign in or get access.
Published in Articles
Tagged under

More in this category: « Brooks Macdonald to acquire Arch cru manager Spearpoint One week to go until IFP's Financial Planning Week »
back to top